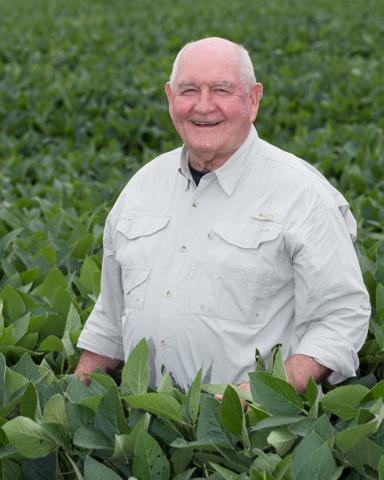 Here is an excerpt of his comments on the administration's accomplishments during a sit-down Q&A with NGFA President and CEO Randy Gordon.

Randy Gordon: Can you give us some thoughts on the cultural change you've made in the department, what you're most proud of, and what you still would like to get accomplished?

Sonny Perdue: I would be happy to answer that, but first of all, let me say that it is so good to be back here with many friends in the industry. It's just good to be at the Country Elevator Conference again, and thank you. Regarding your question, it's been an interesting. I know there was a lot of conversation about deep state and other things that way. With this change of administration, what we found were about 100,000 farm kids wanting to do good for agriculture. I felt like they had not really had a lot of direction. I think the White House unfortunately did not give the previous secretary a lot of the liberty to do the things that would be effective in agriculture.

I know secretary Vilsack as a guy who believes in agriculture. I just felt like his hands were tied in so many ways. So I appreciate the liberty that President Trump has given me. I think I shared with you this morning: There's been only one policy recommendation that he has reversed from us. So he's allowed us to do our jobs, which is really what you want as, especially considering how forceful and dynamic and a directional as he is. I think that's a good thing.

He has an affinity for agriculture. That's amazing. Having grown up in New York, I tell people all the time, I don't understand it except for the fact that I think he just loves people who build and grow things. People in agriculture, he also knows, contribute to the trade surplus, not the trade deficit of the United States.

So I think he admires the work ethic and knows that agriculture embodies the American spirit. So from that perspective, we've had the liberty to formulate policies that I think have been helpful. I'm hoping we'll talk about some of those today, but it's been good, and I love the job. My only regret is that I can't do it from Georgia. But anyway, nonetheless, we are making progress on that cultural change.

I'd love to have any comments from the audience about things what we're doing, what we shouldn't be doing and what we ought to be doing. So hopefully these questions will not be coming from sycophants this morning but they will be honest questions about how we can improve the lives and the supply chain of American agriculture to continue to make us the most efficient.

Having been the governor of Georgia, I had a little experience in managing large public service type of organizations. And what I found from the folks in Georgia is that while you didn't have the bottom line that incentivizes private business, there's also a pride in work and recognition there. And I found that that works in USDA as well.

I think the types of things from a customer service perspective we've tried to do, and hopefully may we talk about the grain inspection service and whether that's worked that way or not. So those are the things that we do and honestly, to be the most effective, the most efficient, most customer focused agents in the federal government, unfortunately is not a high bar, and wanted to exceed it.