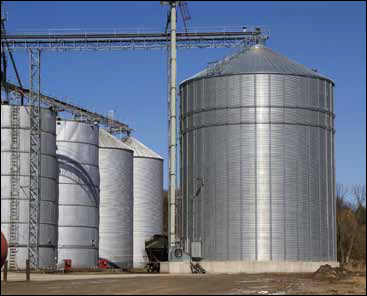 For this survey article in the November/December 2019 Grain Journal, longtime state grain and feed association leaders were asked for the biggest industry changes they have seen during their tenures.

“The three most significant changes we have seen in the grain industry over the years in Michigan include changing grain flows, more focus on specialty production, and grain quality issues.

“Regarding grain flow, with changing rail freight rates over the past several years, basis levels have encouraged more processing, livestock, dairy, and poultry businesses and expansions in Michigan. Coupled with ethanol production, Michigan’s contribution to grain demand balancing across the country has decreased significantly as more grain produced in the state stays here.

“There also is a continually increasing emphasis on specialty grain production, at least in the corn and soybean markets, whether it be new types, organic, or specialty soybeans. Those markets capture more acres of production every year, and that trend does not seem to be slowing. It should be noted that while there is more diversification with corn and soybeans, we are also seeing reduced overall cropping diversity in the state with fewer acres of certain specialty crops like white wheat and dry beans.

“Finally, it seems that recently there have been issues with things like test weights and mycotoxins with increasing frequency in the grain crop. Whether these issues are the result of varietal changes, climate change, or both, they seem to be a new reality for grain handlers in Michigan and the Midwest.”

“To me, the biggest change has been our industry’s approach to safety training. In my first days as a management trainee (more than 39 years ago), I was told what to do with no instruction or discussion about hazards. I will never forget cleaning the bottom of a concrete bin with a sloped floor (not tied off or protected in any way), auger running, dust flying, and looking up at the bin hatch only to see the orange glow of the facility supervisor puffing on his cigarette.

“While accidents still happen and probably always will, we have come a long way, and I am extremely grateful for that. We have seen many good changes over the years, like technology and marketing tools, and some not-so-good changes, like excessive regulation. The industry’s improved approach to training stands high on my list.”

“One of the big changes we’ve seen is the increased use of technology in the industry. It has really helped the industry be more efficient and expand beyond what was possible in the past. I think the most influential technology has been things like temperature sensors and bearing sensors that are tied into a central computer system, allowing people to manage and monitor equipment remotely.

“Technology hasn’t just been a big thing on the operations side of the industry. It’s also been big for the business side of how companies are run. And by that, I mean the grain accounting software being tied in with the truck scales and moisture tester. All of these things being tied together seamlessly has really streamlined some of the office operations and reduced some of the errors.

“Another big change, which we’re still witnessing today, has been the consolidations and mergers in the industry. My benchmark 30 years ago was that we had approximately 560 companies that were members, and those 560 companies represented a little over 90% of the grain storage space in the state of Illinois. Today, we have about 165 companies that are members that represent a little over 90% of the commercial grain storage space c in the state of Illinois.

“I don’t see this trend of consolidation ending anyime soon. It probably won’t continue at the same rate, but there will continue to be consolidations and mergers. I also think it goes back to the previous issue about the technology, where companies are able to manage more facilities with fewer people.

“That relates to another change we’ve seen in the industry with regards to finding and securing good employees, especially seasonal help. We just hear more and more from our members about the difficulties with finding seasonal help. And if you have the technology in place to run facilities with reduced personnel, I think partly that is driven by the fact that seasonal people are harder to come by. While there are still thousands of people employed in the industry here in Illinois and throughout the country, of course, it’s certainly a smaller number than it used to be, and that’s been a big change.

“The last change is, as farming operations have gotten bigger, one customer can be a much larger percentage of a grain elevator’s business. The reason that change is important is because if there’s a contract issue or problem, we’re to the point where one large customer could take an elevator out if business. In the past, if one customer went out of business or defaulted on a contract, it might hurt the elevator a little bit, but they’d continue on and be fine. Now, because we have larger farming operations, there’s a lot more potential for financial harm if there are defaults on contracts.”

“There have been a lot of changes to the industry over my 47 years, and I would say a few of the more significant ones are consolidation, the power of the railroads that basically can charge whatever rate they want, and the difficulty of finding qualified people for employment in rural parts of the state.

“Many of our members have a hard time finding help, and that’s an issue our membership and the industry as a whole is facing. Unfortunately, I don’t see that improving in Oklahoma, with more and more people moving to urban areas, such as Oklahoma City and Tulsa.

“It’s going to impact the industry by making it more difficult for our members to provide the services that their producer customers need.

“Beyond that, I think the dysfunction with our federal government is another one. I think that’s been a big change in that everything has become more partisan as well as rural vs. urban.”

Safety Survey: These Are the Top Unbreakable Tenets for Industry Safety Leaders