Anatomy of a Grain Theft Part 1: How a 20-Year-Old Defrauded Farmers and Grain Businesses Out of Millions 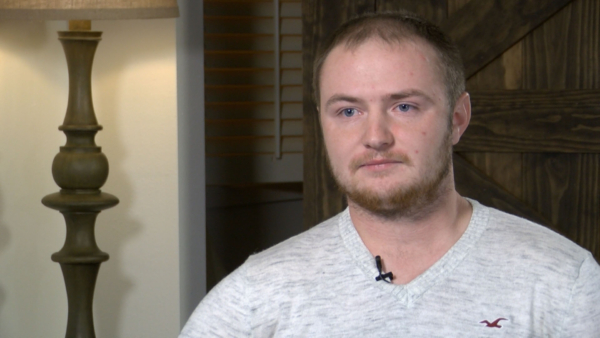 From the January/February 2020 GRAIN JOURNAL

Part 1 of a three-part series

On Nov. 12, 2019, Hunter Brian Hanson was sentenced to eight years in prison and ordered to pay $11,103,309.19 in restitution to the 60 farmers, grain elevators, and grain brokers in North Dakota, Minnesota, and Canada who Hanson defrauded in an elaborate grain-buying scheme that unfolded over less than a year and a half.

In addition, documents on file at the U.S. District Court of North Dakota show that the court entered a money judgment of $1,265,679.29 against Hanson. Property belonging to Hanson is being held by the U.S. marshal pending its sale in an attempt to return some of the money owed from the grain fraud.

On Jan. 7, Hanson was sent to the Federal Prison Camp in Duluth, MN after spending time in county jails in North Dakota and Minnesota, according to a report in Agweek. He pleaded guilty on June 7, 2019 to wire fraud and money laundering. Hanson has agreed to make restitution to the victims of his scam, which authorities have called a Ponzi scheme conducted by moving money among 11 bank accounts to hide his tracks.

Although law enforcement and state regulators eventually caught up with Hanson, who was just 20 years old when he embarked on his grain-buying spree, in a relatively short period of time, he was able to spin a tangled web of broken promises, outright lies, and check kiting that pulled scores of customers into a black hole of financial fraud.

The Hanson case consequently induced the North Dakota legislature to move the state’s Grain Licensing and Inspection Program from the Public Service Commission (PSC) to the North Dakota Department of Agriculture, effective July 1, 2019.

In this, the first of a multi-part series, Grain Journal untangles Hanson’s trail of trickery, lies, and swindles. Subsequent articles will take a look at Hanson’s victims and how North Dakota authorities and the state’s grain industry are responding to the case.

In 2018, the information document continues, Hanson “had 11 identified bank accounts associated with his businesses. Four of them included bank accounts for Midwest Grain Trading, Midwest Hauling and Transport, NoDak Grain, and Hanson Motors.

What the Record Shows

Inside the case files and legal documents of the U.S. District Court of North Dakota lies a record of what federal and state investigators eventually were able to put together in the Hunter Hanson case. What the records reveal is a twisted trail of lies, machinations, and check kiting that, ultimately, led to Hanson’s downfall.

Among the documents on file is an arrest warrant for Hanson issued June 7, 2019 for wire fraud, money laundering, aiding and abetting, and forfeiture allegation. The warrant, which was received by the U.S. Marshals’ Service in the District of North Dakota at 3:04 p.m. on June 7, 2019, carried the signature of FBI Special Agent Bruce Bennett. Hanson, the record shows, was arrested on June 18 in Washburn, ND.

The document continues that “between about January 2018 and about December 2018, prior to the period when the North Dakota Public Service Commission (PSC) applied to become trustee of these entities, in the District of North Dakota and elsewhere, Hunter Brian Hanson operated and executed a scheme to defraud approximately 60 farmers, elevators, or brokers in North Dakota, Minnesota, and Canada. As a result, these farmers, elevators, or brokers suffered a total financial loss of $11,405,134.72.”

In November 2018, the document states, “the PSC received multiple complaints from farmers and elevators stating that they had sold agricultural commodities to Hunter Brian Hanson, d/b/a Midwest Grain Trading, were promised payment, but that Hunter Brian Hanson never paid them for these commodities. Thereafter, the PSC moved the South Central Judicial Court, located in Bismarck, ND, to secure trustee appointment of Hunter Brian Hanson’s businesses and the court approved the PSC’s trustee request.”

The case file states that Hanson “operated and executed this scheme to defraud by contracting with multiple farmers and grain elevators to obtain grain or other agricultural commodities, obtained these commodities or sent these farmers and elevators non-sufficient-fund checks.”

The Hanson case induced the North Dakota legislature to move the state’s Grain Licensing and Inspection Program from the Public Service Commission (PSC) to the North Dakota Department of Agriculture, effective July 1, 2019.

Although the list of Hanson’s financial victims has been blacked out in the information document, it goes on to name several grain businesses impacted by Hanson.

Those businesses include the United Quality Cooperative of New Town and Parshall, ND. “On Oct. 26, 2018, in Mountrail County, ND,” the information document states, “defendant Hunter Hanson, d/b/a Midwest Grain Trading, issued a $94,480.41 check to United Quality Cooperative. That cooperative deposited this check into their (sic) bank account and it was returned due to nonsufficient Funds. The total amount owed to United Quality Cooperative for grain picked up by Midwest Grain Trading is $347,939.75. During the months of October and November 2018, after having previously obtained agricultural commodities from farmers and elevators, Hunter Brian Hanson sent numerous non-sufficient-funds checks to farmers and elevators with whom he had contracted to obtain these commodities.”

How the Scheme Worked

The information document goes on to elaborate how Hanson, through his companies, “maintained multiple bank accounts, engaged in check kiting to cover his deposits and withdrawals, laundered money between his accounts and other businesses, and often did not have sufficient funds in his bank accounts, when he remitted payments to farmers and elevators for money owed on the agricultural commodities purchasing contracts.”

In 2018, the information document continues, Hanson “had 11 identified bank accounts associated with his businesses. Four of them included bank accounts for Midwest Grain Trading, Midwest Hauling and Transport, NoDak Grain, and Hanson Motors.” The information document goes on to list a series of bank withdrawals and deposits made by Hanson that it states are examples “of the fraudulent banking activity conducted by Hunter Brian Hanson.”

On Jan. 7, Hanson was sent to the Federal Prison Camp in Duluth, MN after spending time in county jails in North Dakota and Minnesota, according to a report in Agweek.

Furthermore, the document goes on to state, Hanson “diverted funds from his grain business accounts to other personal and business accounts.” It cites several examples of the bank transactions involving Hanson Motors, a car dealership in Belcourt, ND, “in which Hunter Brian Hanson has a financial interest.”

An example of such a transaction occurred between August and September 2018, the information document reveals, between the McClusky Coop Elevator of McClusky, ND and the Osnabrock Farmers Coop Elevator Co. of Osnabrock, ND.

As an example of the wire fraud, the information states that, on Oct. 25, 2018, “an employee with Shafer Commodities, Inc., located in Morden, MB, Canada, sent an email to Hunter Brian Hanson stating that it had not received a wire transfer for agricultural commodities payment.” Hunter responded with an email telling Schafer Commodities that his bank told him he had used the wrong account number and that he would send the wire transfer payment “as soon as possible.”

The statement, the information says, “was false and Hunter Brian Hanson knew it to be false when he sent this email.” In total, the information concludes, Hanson, doing business as Midwest Grain Trading, “did not pay Shafer Commodities, Inc. $167,418.66 for delivered agricultural commodities.”

The story of the Hunter Hanson grain fraud case continues in the March/April issue of GRAIN JOURNAL.