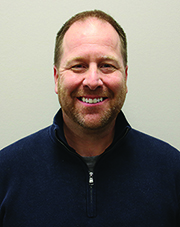 From the January/February GRAIN JOURNAL.

Steve Records joined the Grain Elevator and Processing Society (GEAPS) as the organization’s new chief staff officer in August 2019, after the retirement of the previous chief, David Krejci.

Prior to joining GEAPS, Records served since 2011 as vice president of operations at SCORE, a nonprofit organization of volunteer small-business mentors. He also has worked previously at the Gallup Organization and Nalco Company.

Records has a Bachelor of Science in chemical engineering from Purdue University, a Master of Business Administration in finance from the University of Nevada, Las Vegas, and has completed the Executive Program for Nonprofit Leaders at Stanford University. He also is a Certified Association Executive.

Grain Journal in mid-December interviewed Records by phone about his plans for the organization.

Could you describe your background and how it prepared you for your leadership role with GEAPS?

My great-great-grandfather actually started and built a feed mill in southern Indiana. It ran for 90 years or so before my grandfather ultimately closed it when he retired.

So the idea of grain and processing is in my blood, I did not start out in this industry. I actually am a chemical engineer by degree. I started my career in sales for a chemical company, but I did help build some consulting divisions within the company. So I went from sales to environmental consulting and from environmental consulting to management consulting. That ultimately led me into the non-profit world, where I was recruited to run the operations of a large non-profit that focused on entrepreneurship. I think the things that prepared me the most for this role at GEAPS are all of the different roles that I’ve undertaken.

In fact, the data we received show that GEAPS members are 33% less likely to have a lost-time accident than a non-member.

Now that you’ve been chief staff executive for five months building those relationships, what are your impressions of GEAPS, its strengths, and where you think it might be able to improve?

One thing that I’m really excited about is the passionate group of members that we have. There are members who have been around for decades, and they know GEAPS. They want GEAPS to succeed.

Having those people who are willing to step up and lead is one of the strengths that we have. We definitely have good brand recognition, having existed for 90 years. So I think people are aware of GEAPS and know who we are, leveraging the strengths that we have with the GEAPS Exchange and the Expo, knowing the quality of that product and the value that comes out of that. So we’re capitalizing on some of those strengths to talk about outcomes and the value of what GEAPS brings to its members.

So we talk about the things that really matter, people going home safely at night or people being able to learn something to apply in their work to save their company money. Nearly 90% of our members suggested that they have applied things they learned from GEAPS that save money for their company. Those are outcomes that we can continue to leverage as strengths.

Some of our challenges aren’t just GEAPS challenges, but probably a non-profit challenge if not an organizational challenge overall. We’re not very agile right now. I think one of the biggest things that we can do is to focus on those outcomes as opposed to just activity. Make sure that it’s all valuable for our members, and we’re using it not just to grow, but to become more flexible and agile about how we make decisions and how we can capitalize on opportunities when they present themselves.

We’ve noticed you started doing video messages to connect with members in a more direct way. How did that idea come about, and what is the goal for those?

The goal is to try to create some communication channels that perhaps weren’t there before, or if they were there, they weren’t very strong. Our intent is to send out a couple of quick video updates every month, utilizing the knowledge that people aren’t going to read four pages of an email or necessarily get their information only from what we’ve done in the past. It’s another way to disseminate some really important information and to be very transparent about what we’re doing here on the staff level and organizationally.

And the video was an idea from our marketing team, Kristen and Tom, as another new way to connect, because not everyone even wants to sit and read an email. They’d rather just watch 60 seconds of what’s there. We want to have those connections to be more transparent and ensure that our members are up to date as much as possible about what we’re doing and where we’re going.

Our intent is to send out a couple of quick video updates every month, utilizing the knowledge that people aren’t going to read four pages of an email or necessarily get their information only from what we’ve done in the past.

So as you work with the international board of directors, are there changes you would like to implement at the society? And if so, what would those changes be?

Earlier you mentioned safety and participation in GEAPS programs. It makes members safer. Enrollment in education programs, especially distance education courses, appears to have peaked. What do you think can be done to help resume the growth there?

We are looking at ways to ensure that we are delivering the content in a format that is more consumable. Our distance ed programs were built probably about 10 years ago in a certain form and format. It’s had over 6,000 participants over the course of those years. But when it was built years ago, it was built in a highly academic way. It’s not very flexible. We need our education programs to be user-friendly, just in time, on-demand education consumption, so that anyone can get it at any point in time being able to take a one-hour course versus having to sign up for a 10-hour course.

Also, what can be done to rekindle interest in some of the largest companies such as ADM and Cargill to participate in GEAPS? We have to be in constant connection with them and work with them. I think one of the challenges for us is how are we relevant to a Cargill, where they have the resources to build customized training that they need. So what our value proposition to a Cargill or a Bunge looks like is very different than the value proposition that we would have for a smaller coop or an independent elevator.

But to answer your question, the number one thing that I’m doing to rekindle interest is I’m picking up the phone and I’m calling people and at least having some conversations that maybe haven’t happened in a number of years. We are learning how GEAPS can be a value, not just to those large companies but every company within our industry.

To sum up, where would you like to be in five to 10 years?

In five or 10 years, if I could wave that proverbial magic wand, we’d be a truly global organization throughout all aspects of the grain handling industry, which would include producers and farmers who handle grain to the grain elevators to the downstream ethanol producers, millers, and processors. I think the network that we can create provides value in all of those specific industries and people.

If we’re doing our work well, then our members are helping their companies be more profitable. Those profitable companies are creating more jobs in the industry, and those jobs are keeping the industry growing.

Steve Myers Interview: 2019-20 GEAPS International President Looks at the State of the Society