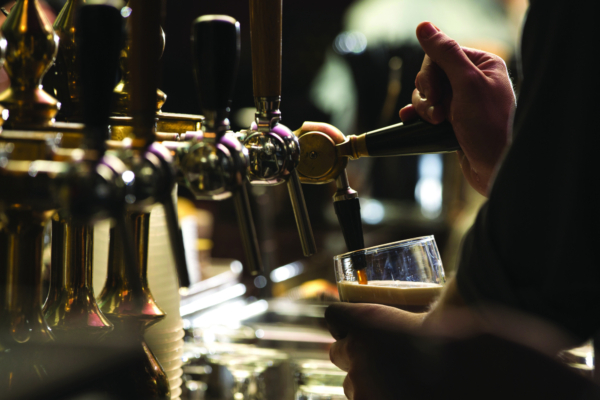 The construction project at Northern Star’s Pottawatomie branch elevator is shut down for the time being. The contractor performing initial excavation at the site for four new steel storage tanks first uncovered some arrowheads, perhaps no big deal, but then uncovered what appeared to be ancient human bones. That makes the site a potential Native American burial site, and no further excavation can take place before the state’s archaeology office can remove the bones for testing and, eventually, reburial. The office has been called, and a team of archaeologists will be coming out the following day.

Gil Maier wasn’t sure what to expect from a team of archaeologists. He was hoping for some quiet, sober-minded scientists and not some publicity hounds out of an Indiana Jones movie. Harold Ernst, the contractor, interrupted his thoughts.

“Hey, you haven’t seen Chris Aschermann around anywhere, have you?” Harold asked. “I was wondering why he wasn’t there for the start of construction. Is he off today or on vacation?”

Christopher Aschermann was the location manager for the Pottawatomie facility. Chris wasn’t known for an absentee problem, Gil thought. The man had been hired some years ago by former General Manager Ole Torvaldsson and was quickly promoted to foreman, then location manager.

“Not that I know of,” Gil said. “I can phone the main office and ask Connie if you like. Or if he’s away from the premises, I can try to track him down.”

“I’d just as soon you didn’t,” Johnny Littlefeather, the coop superintendent, muttered almost to himself. Gil gave Johnny about a half-second glare, and the superintendent knew instantly to back off.

Johnny and Chris both hailed from South Dakota, but that was just about all they had in common. Johnny was a Cheyenne River Sioux and had been brought up on their reservation west of the Missouri River.

Chris, on the other hand, grew up farther east near Huron, the son of a tractor mechanic at a local farm implement dealership there. Chris’ father drank a lot, and it was thought that he was abusive toward his son, though Chris never said anything about it. Nevertheless, he did make a point to teach mechanical skills to his son, and Chris left the state for Iowa as soon as he legally could, making his way to Monrovia.

About two years after Chris came to Northern Star, Johnny Littlefeather was hired on as superintendent for the entire coop. It was a position that Chris had wanted, which didn’t endear Johnny to him, but it also brought out a streak of racial prejudice in him against Native Americans. Things came to a head when Chris and Johnny got into an argument that came to blows during a company picnic.

Ole Torvaldsson banished Chris to the Pottawatomie elevator and told both of them that they’d be fired if there was any repeat of the incident. There hadn’t been a repeat since then, though Chris and Johnny avoided each other as much as possible. Ole told the story to Gil after Gil joined Northern Star, and Gil decided to maintain that policy after he became general manager.

“Johnny, why don’t you see if you can get a ride back to Monrovia from Harold?” Gil told him. “I think I have an idea where Chris might be.”

Johnny nodded. “Harold, I don’t know if there is anything else we’re going to need here before tomorrow,” Gil said. “But I’d appreciate it if you could drop Johnny off at the elevator back in Monrovia.”

“Sure thing,” Harold replied. “Tomorrow, I could bring over some pricing on that possible change order adding a bulkweigher system for rail loading.”

“Why don’t we hold off on that for a while yet,” Gil said, thinking about salesman Elliott Godfrey’s awkward attempt to bribe the coop manager over potential rail service. “I may be having some second thoughts, and the board may want a say on it.”

“Sure thing,” the contractor replied. He and Johnny headed for the Ernst & Sons pickup.

Meanwhile, Gil headed into the elevator office. Chris’ outside worker, Clarence Smith, was out unloading trucks, but Office Manager Betsy Peterson, Board Member “Curly” Peterson’s youngest daughter, was inside to operate the truck probe and deliver weight certificates via pneumatic tube, in between the usual paperwork.

“For a while,” Betsy said. “He went out when the backhoe arrived to get them started. Then it was pretty much a normal day, until they found those Indian bones. Chris came back in and said he wasn’t feeling well, so he was leaving for the day. I can close up at the end of the day.”

Chris, who was divorced, lived by himself in an old farmhouse surrounded by three big oaks northwest of town, but rather than head out there, Gil walked the three blocks to the center of town and headed for a tavern called Lucky’s Grill on Main Street, the bottom half of a two-story building with a big green shamrock over the entrance.

The interior was pretty much like any unremarkable country bar in Iowa, a 25-foot-long wooden bar down one side, a few tables and chairs scattered about, some posters the owner got for free from Anheuser-Busch and some local high school and college sports schedules hanging on the walls.

Gil didn’t recognize the bartender, but he certainly recognized Chris seated at the bar with tall glass of beer and shot of cheap whiskey in front of him. (Lucky’s only served the cheap brands.) Chris was a short, balding man but very muscular, known to work out at a gym in Monrovia regularly, and today he looked like he wanted to bite off someone’s head. He glanced up to see Gil approaching.

“Enjoying your sick day?” Gil said. “This must be for medicinal purposes.”

“Aw, you know,” Chris said. “A couple of these will help me get some rest until I shake this thing.”

“What thing?” he said. “You can tell me about it. Johnny Littlefeather isn’t here.”

Chris stared into his beer. “Can I buy you a round?”

“You know about the Indian bones,” Chris said.

“Harold Ernst showed them to me. The state archeologist is coming out tomorrow. They’ll be gone before you know it. So why don’t you knock off the booze, take the rest of the day off, and be back at the office at opening time. Markets are up, and there will be a lot of grain moving.”

Chris scowled. “Yeah, you’re going to have the state. But you mark my words, you’re going to have a lot of yelling, crazy protestors out there, too. I remember what happened up in Fargo when that judge refused to commute that AIM [American Indian Movement] guy’s sentence. Bunch of redskins showed up, blocked off the streets, smashed a bunch of storefronts. Then they wanted to put that oil pipeline through the reservation. Same thing, all over. This time all those Hollywood celebrities showed up, mugging for the cameras. If something like that happens here, it will be a circus! They’ll wreck the elevator.”

“That’s why we have a county sheriff’s department,” Gil said. “I want you at work tomorrow and in shape to do your job. You don’t worry about the crew from the state, and don’t worry about Johnny. He’s my responsibility.

“And that shotgun you hunt deer with? That stays at home. You understand?”

“You take it easy with that stuff. I don’t want to hear about any DUI arrests between here and your house.”

Gil left and walked back over to the elevator and his pickup. He was a little worried about Chris. He could drink the way his dad did, and he had a temper in addition to an attitude about Native Americans. The coop didn’t need trouble.

He drove back to Monrovia, a hunch telling him to watch the speed limit. Sure enough, flashing red lights appeared in his rear view mirror. He pulled over onto what shoulder there was on the West County blacktop. He was surprised to see Sheriff Johnson getting out of the cruiser. Gil rolled down the driver side window.

“Glad I could catch you, Gil,” the sheriff said.

“You almost gave me a heart attack,” Gil said. “I wasn’t speeding, was I?”

“No, you were fine,” Sheriff Johnson said. “I just wanted to pass along some information.”

Click HERE to read the other Chapters of Northern Star IV