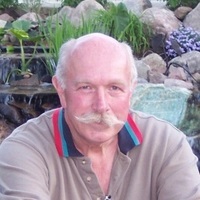 In 1985, he started a private consultant business for the ethanol industry. He promoted ethanol and traveled statewide for the Minnesota Department of Agriculture. His expertise gathered in the early days of the ethanol industry earned him the moniker of "Ethanol Answer Man."

He also served on many boards and task forces, most recently as Secretary of Agricultural Utilization Research Institute.