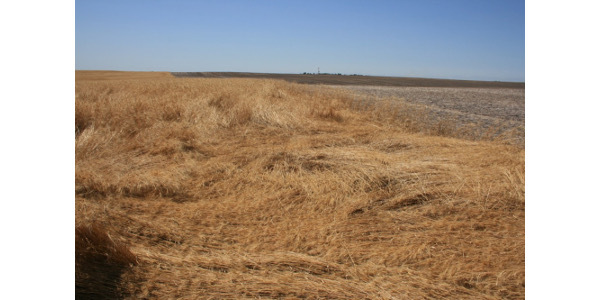 Wheat stem sawfly (WSS) has been a very significant pest of wheat in the northern wheat-producing regions of the country such as Montana and North Dakota and well into Canada, according to a report from the University of Nebraska-Lincoln Institute of Agriculture and Natural Resources.

Larvae cut and weaken the stems of maturing wheat causing the wheat to lodge creating very significant harvest losses in many situations. WSS damage in winter wheat was first noted in Nebraska in the early to mid-1990s.

The first infestations were noted in Banner County, NE near the Wyoming border. It has continued to increase ever since and now is a very significant issue.

Integrated pest management will be needed to attack the problem with multiple tactics. Crop rotation, resistant varieties with solid stem characteristics, tillage, field width, and trap crops are some of the tools that can be used to combat this problem.