U.S. Drought Monitor (Aug. 13): Storms Bring Relief to the East, Wreak Havoc in the Midwest, and Miss Many Other Places Completely 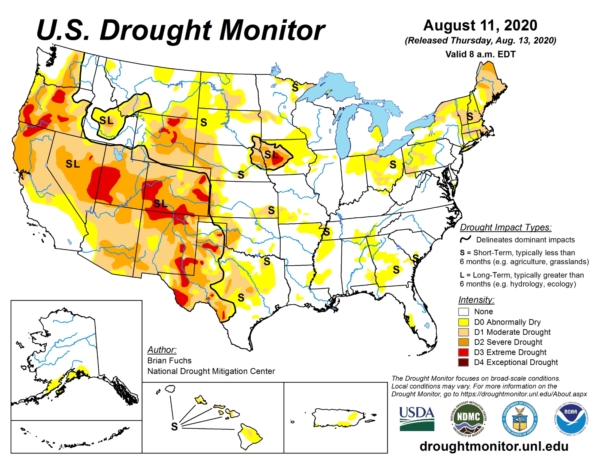 Tropical Storm Isaias brought rainfall along the East Coast then a straight-line windstorm triggered destruction, as well as heavy precipitation, across portions of the Midwest for the week ending Aug. 11, according to the U.S. Department of Agriculture (USDA)'s Aug. 13 Drought Monitor report.

In typical summer fashion, however, the rain skipped over many areas in the Northeast, the West into the Southern Plains, and most regions in the South.

The windstorm (known as a derecho) Aug. 10 packed straight-line winds of more than 100 mph and was particularly destructive to crops and property in Iowa, northern Illinois and northern Indiana.