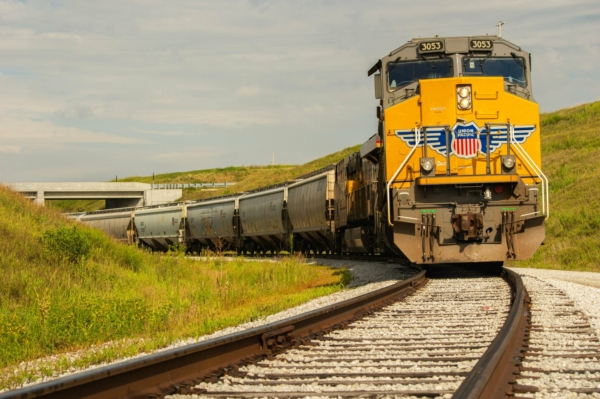 Syracuse, NE — On Aug. 6, Frontier Cooperative celebrated filling its 100th train at its loop-track shuttle facility near Syracuse, NE, a little more than three years after it opened in April 2017.

The occasion was celebrated by Lincoln, NE-based Frontier (402-937-1800), Union Pacific (UP), Omaha Public Power District (OPPD), and Syracuse Chamber of Commerce as the 105-car Union Pacific train was loaded with more than 400,000 bushels of corn.

“It’s nice to see we’re going in the right direction. One hundred trains is quite an accomplishment,” Operations Rail Lead Shawn Clifton said in a phone interview the following week. “Our team has come together well and worked hard to keep these trains coming in and moving out on time.”

A Tweet by Frontier Cooperative featured photos of the occasion and thanked those who helped make it possible.

“45 million bushels of corn have passed through the Syracuse Frontier Facility since April 2017. Thank you to the hardworking Frontier staff and partnership with Union Pacific and OPPD (Omaha Public Power District) for helping reach this milestone!” the coop tweeted.

In a news release following the loading of the 100th train, Frontier Coop CEO Jeremy Wilhelm explained how great it is to see something go from concept to implementation that has had such a positive impact on the local community. “This impact will be here for 40 to 50 years down the road for the next generation(s) to enjoy," he said.

Hogenson Construction Co., West Fargo, ND (701-281-1742), was general contractor and millwright on the project, which was featured in the July/August 2017 of Grain Journal Magazine. To read the article, click here.

At the time, Midwest Farmers Coop leaders stated their goal for the shuttle facility was better freight rates, reaching new markets and remaining competitive with other grain handlers.

Near the intersection of Nebraska State Highways 50 and 2, it’s easily accessible for area producers and sits along a 17-mile short-line railroad, which connects to the Union Pacific at Nebraska City, NE.

The site, with a 9,400-foot loop track, features a 1.75-million-bushel concrete and steel grain elevator, 1.4 million bushels of ground pile temporary storage, plus an adjacent fertilizer plant. The ground pile was upgraded from 1 million bushels with 8-foot Hanson Silo concrete walls and the pouring of a concrete floor in the circle.

Frontier Coop typically has the logistics schedule of the trains about five to seven days in advance. A train can be tracked online to get a good idea of its status, and when it will arrive. The UP requires shippers to load trains in 15 hours or less.

The staff at the Syracuse rail facility, or any of the company’s shuttle loading facilities, must run a pretty tight schedule.

“It doesn’t matter when the train comes in. When it gets here, your time starts,” Wilhelm said. The 100th train arrived around 9 p.m. on Wednesday, Aug. 5,, with crews standing by to start the process.

It takes about seven to eight staff members to effectively and efficiently load the train and send it back down the tracks — one to open lids, one to shut lids and place seals, one locomotive operator (who must be certified), one to sample and grade the grain, one to load the grain, and one or two staff members rotating to provide relief among the crew.

In addition, the USDA federal grain inspection team works alongside the Frontier staff to grade and inspect the grain, certifying the quality of grain in each train car.

A shuttle train typically has 110 cars, which hold about 440,000 bushels of corn, Clifton said. It takes about four minutes to load one train car, he said.

According Wilhelm, the Syracuse facility helps move large grain volumes across the country, but most of the grain that leaves Syracuse is shipped to the West Coast, primarily California, and some to Mexico.

Clifton, who has been with Frontier for two years, the past six months in his current role, said the terminal is currently adding another 1 million-bushel ground pile. It’s a welcome development for which this facility was built — meeting growing demand.

"We’re a Midwest hub, and we keep the corn flowing through here,” said Clifton, who noted the terminal fills about four trains a month. “Farmers can keep hauling to us, and we don’t have to worry about becoming full and not being able to take a load on any day. It keeps us competitive."

Overall, Frontier Cooperative is very pleased about the success of the Syracuse facility and the opportunities that it has opened up for the community, company, and the agricultural industry.

“Not only has this facility provided good jobs for the community of Syracuse, it has opened up access to markets that the surrounding area did not have before,” Wilhelm said. “Which also means a more competitive basis for our farmers to enjoy for many years to come.” 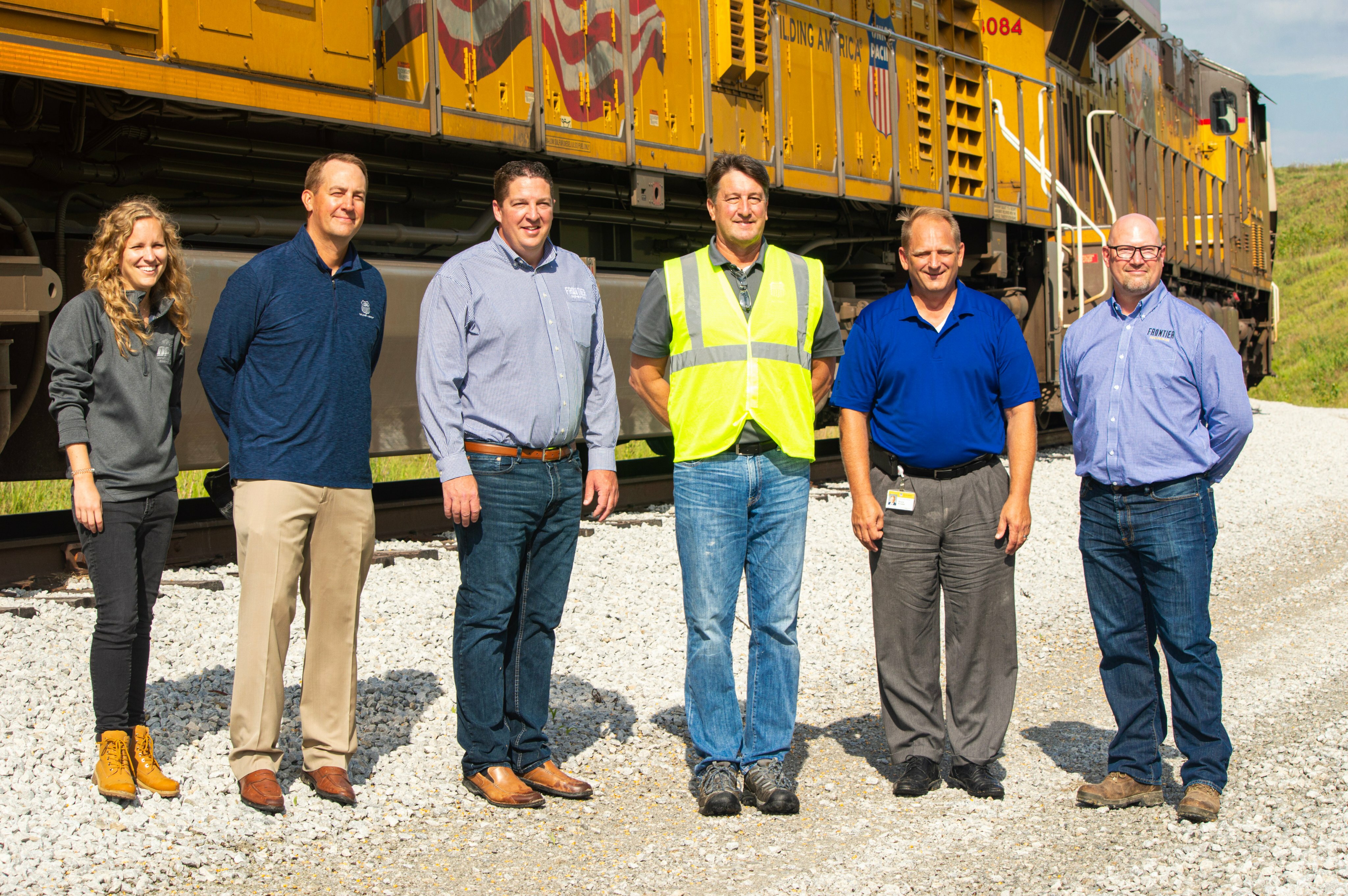