Slideshow: Take a Look From the Air as Iowa Elevators Begin Recovery From Aug. 10 Derecho Storm 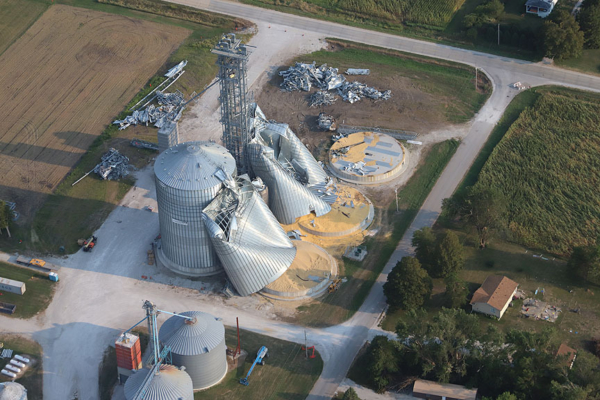 Iowa grain handlers have been clearing debris and preparing to rebuild their damaged elevator storage since a derecho storm socked the Midwest on Aug. 10.

These aerial photos taken by Judy Hemphill Photography of Spencer, IA (712-260-1373) show the extent of damage at several elevators located in the storm's path along U.S. Highway 30.

The photos were taken from locations near LeGrand, Luther, and Slater.

Iowa Secretary of Agriculture Mike Naig estimated in a Grain Talk Podcast that upwards of 120 million bushels of storage - commercial and farm sites - were lost during the storm.

Naig added that temporary storage piles would be needed until construction of new permanent storage could catch up in the coming year. You can listen to the interview here.

Some Iowans Say State, Federal Derecho Response Has Been Too Slow