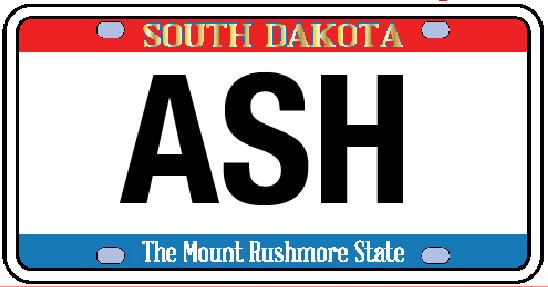 Editor’s note: Sheriff Tom Johnson has informed Gil Maier that a couple of busloads of protestors are coming out to the Pottawatomie excavation site in two days to protest alleged disrespect to native American remains and already are filling nearby motels and campsites. Gil is unsure how the word got out so quickly.

He finds Superintendent Johnny Littlefeather at work atop the main coop elevator in Monrovia, but Johnny is as baffled as Gil. The next day, the state archaeological team, including Professor Elwood Connelly and two of his graduates students from the University of Iowa, arrives to begin removing the remains. They immediately get to work.

Gil left the archeologists to their own devices and walked over to the elevator office. He found Location Manager Chris Aschermann at his desk with some paperwork. Chris looked up. “Hey,” he said.

“Nice to see you back in the office,” Gil said. “How are you feeling?”

“Good,” Gil replied. “You may have noticed that the archeology team from the state is out by the construction site. When you get a chance, why don’t you go out there and introduce yourself, see if there is anything they need?”

Chris nodded but had a wary expression on this face.

“Oh, and be nice,” Gil continued. “They’re not the protesters. They’re the state people, and they’re here to do their job.

“Also, we’re going to need a temporary fence up around the excavation site right away. Nothing real fancy, just something to keep the protesters from getting hurt when they do show up tomorrow.”

“Right,” Chris said. “I’ll get right on it. We’ve got some erosion fencing we were selling last fall left over, and that should do the job.”

“Sounds good.” Gil saw Chris’ office manager, Betsy Peterson, gesturing at him. He walked over to her workstation.

“You just got a call from the main office,” she said. “They need you back there right away.”

“Did they say what it was about?” Gil asked.

“It’s Elliott Godfrey from the CD&W waiting for you,” Betsy said. “And they said he has some congressman with him.”

Gil frowned. It was no secret that he had trouble getting along with the salesman from the Chicago, Dubuque & Western short-line, though dealing with him was inevitable. The congressman was a new wrinkle. It sounded as though this wasn’t Peggy Cleburne, who represented the area district of Iowa in Congress. People in the Monrovia office all knew who she was, and they would have said her name, if she was with Elliott. Gil wondered who it might be.

He turned toward Chris. “Something’s come up in Monrovia. I’ll be back later this morning.”

Gil made the drive back to Monrovia and pulled into his designated parking slot outside the office. He noticed one unfamiliar car parked there, a black Cadillac with South Dakota license plates. The rear plate was customized. It said “ASH.”

Gil spotted Elliott Godfrey in the lounge area where local farmers often hung out early in the morning. This time of year, the growers were too busy to spend much time at the coop, especially this late in the morning. With Elliott was a tall man with a striking shock of red hair and an expensive navy blue suit, apparently the congressman. Gil didn’t recognize him.

Both of them stood up as Gil approached. “Congressman, this is Gil Maier, the general manager of Northern Star coop,” Elliott said. “Gil, this is Congressman Ashton Carson from South Dakota.”

Ashton grasped Gil’s hand in a firm grip Gil figured was well-honed on the campaign trail. “Call me ‘Ash,’” the congressman said.

Congressman “Ash” came across as a nice guy, enjoyable to be with, maybe a great golf partner if he played golf. Gil noted that this was his common experience with politicians, at least on first impression. Nobody wants to vote for a jerk.

“That’s right,” Ash said. “I represent the first and only congressional district in the state of South Dakota. The district covers the entire state.”

“That’s a lot of territory,” Gil commented. “So what brings you to a little town in Iowa?” He glanced at Elliott. “It wouldn’t have to do with a rail service deal with Mr. Godfrey’s short-line, would it?”

“Not directly, no,” Elliott said. “The congressman and I go back a ways to when I was a regional sales manager out of Sioux Falls for one of the Class Ones.”

If that’s the sort of company the congressman keeps, it doesn’t exactly speak well for him, Gil thought.

“I helped him out on a campaign, and Ash remembers his friends,” Elliott continued. “He heard about the situation over at Pottawatomie, and he contacted me as a name he knew in the area.”

“What interest would a situation in Iowa have to you?” Gil asked Ash.

“Well, as you may know, we have a large and influential Native American population over in South Dakota,” Ash said. “In fact, I’m told you have a Native from South Dakota on your staff, um ...”

“Johnny Littlefeather, our superintendent,” Gil said. “You’ve done your research. Would you like him to join our conversation?”

Gil called over to Connie. “Is Johnny here yet?”

“I haven’t seen him yet this morning,” the weighmaster said. “He said he might be late. Oh, there he is just pulling in now.”

Johnny Littlefeather came in the main entrance, a little out of breath. Gil was curious as to what may have happened; Johnny generally was one of the most punctual employees at the cooperative. Connie directed him back to the lounge area, and introductions were made all around.

“Sorry about that,” Johnny said. “I’ll tell you about it after the meeting.”

“As I was saying,” Ash continued, “Native American affairs are of major interest in my state, and when word got out about the remains found here, there was this huge uproar across the state, especially on the reservations, and several busloads of people organized themselves to come down here and make sure the Native interests and the sacred ground are respected.”

“That’s amazingly fast organization,” Gil said. “Tell me, Ash, were you involved in that?”

“No, sir,” he said. “I represent a large state, and we have a lot of interests, some of them competing. But that said, I do feel a special obligation toward this segment of our population.”

Gil glanced at Johnny. “My cousin, Willy, lets me know about things back home, Congressman Carson here is popular among Natives in my home state,” Johnny said. “He’s managed to wring some extra appropriations for Indian affairs in South Dakota in spite of some real tight budgets for that sort of thing in Washington. And in spite of the fact that he has no Native blood himself.”

“Irish and German,” Ash added. “It honestly doesn’t matter. The number one job for a member of the House of Representatives, beyond upholding the constitution, is to take care of his or her constituents. And the Native population is a big portion of mine.

“So basically, what I’m doing here is to monitor the protest tomorrow and make sure all interests are taken care of,” he continued. “I want to make sure the protesters can exercise their freedom of expression, of course. But it’s your property that’s involved, and I also want to make sure the march stays peaceful and your property remains undamaged. After all, it’s their sacred ground, and we don’t want anything to happen to it.”

“Like building a grain tank?” Gil asked. “Look, we have things under control. The state of Iowa is out at the site as we speak, making sure any remains are being excavated and treated with proper respect in accordance with our state law. And our county sheriff will be out there making sure nothing gets out of hand.”

“With all due respect, Gil, our experience up in the Dakotas tells us that the local constabulary has a tendency to overreact, and you need an independent observer to make sure things don’t get out of hand,” Ash said. “And honestly, these are mostly young people, and when emotions are running high, they can get a little out of hand, as well.”

“So which side are you on, protesters or property owners?” Gil asked.

“Gil, I’m on the side of America,” Ash replied.

Gil sighed quietly. He wished he could be talking to Peggy Cleburne. He could talk to his own representative in Congress without all the rhetoric.

“So, to get to the point,” Gil said, “what are you doing here today? What do you want from us?”

“Well, my friend Elliott here tells me that he’s made you a rail service offer that you might want to consider seriously.”

Gil was about to interrupt, so Ash quickly continued, “Now, wait! Hear me out. Yes, I’m speaking to the gathering tomorrow, but rest assured, I’m going to do my job, no matter what you decide. I’m going to urge them to stay peaceful, make their point, and get out of town. And I’m going to do that no matter what you and Elliott decide to do. Anything otherwise would be illegal. But as a favor, among friends, maybe the two of you can sit down and have a friendly chat about rail service. And if you need any help, I’m on the House Transportation Committee, and there are resources you can use.”

Gil was pretty sure he was friends with Johnny, but beyond that, he doubted there was any friendship among any of the four people gathered in the lounge. “As you said, this is the matter for the cooperative and the railroad to work out,” he said, being careful to not use anyone’s name.

“Well, as you can imagine, I have a very busy schedule, so I’ll be taking my leave,” Ash said. “Maybe we’ll run into each other tomorrow.”

Gil was pretty sure of that. “We’ll talk,” Elliott said, as he left with the congressman.

The coop manager was thinking he’d rather drink dish detergent, but he turned toward his superintendent. “Yes, Johnny?”

“That was strange,” Johnny said. “Sometimes I’m very glad I don’t have your job. But about this morning, I had something to take care of with the police. My shed was broken into. No big losses, some tools taken, will have to replace the door and lock. But I had to get the report in for the insurance.”

Listen to how it all began: 'Northern Star Part I' Podcast