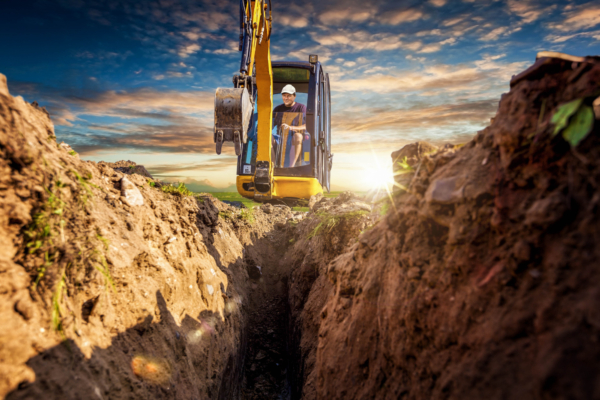 Congressman Ashton “Ash” Carson has come to Northern Star Farmers Cooperative to assure General Manager Gil Maier that he’s there to help keep the peace at a protest over Native American remains planned the following day at the branch elevator in Pottawatomie.

Carson, as a guest of railroad marketer Elliott Godfrey with the Chicago, Dubuque & Western Railroad, put in a plug for Godfrey’s proposal to provide kickbacks to Maier for steering more business the short-line’s way – a deal Maier had already rejected as probably illegal.

Carson pledges to Gil that he is committed to do what he can to keep the protest peaceful no matter what Gil decides about the CD&W. After Elliott and Ash leave, Superintendent Johnny Littlefeather tells Gil he was late because he had to file a police report about a break-in at a shed at his home.

“Bad enough,” Johnny replied. “It looked as though someone took a crowbar and used it to force the door open even though there was a padlock in place. So the door is probably going to have to be replaced. Not expensive, and I can install it myself, but I’m pretty annoyed.”

“I can imagine,” Gil said. “Was there much taken?”

“Not much that I can tell,” Johnny replied. “The main item was a year-old chain saw, Stihl. It won’t be really expensive to replace, but again, it’s the annoyance as much as anything. You remember that big wind storm that came through last summer.”

Gil nodded. It wasn’t a tornado, just straight-line winds, but they topped 90 mph. The wind blew clear across the state; the weather forecasters called it a “derecho.” The main elevator in Monrovia suffered some damage; one leg was bent over almost in two, and a 75-foot steel wet tank had to be replaced.

“That saw came in real handy,” Johnny continued. “I had a lot of branches down around my property.”

“Well, I hope the police recover it for you,” Gil said.

“Not very likely,” said Johnny. “As crimes go, it’s petty, and the city cops told me that there rarely is any way to recover stolen tools. No fingerprints on the shed, either. Well, I’ve still got more work to do on those conveyors upstairs. Let me know if you need me to go to Pottawatomie with you.”

Gil hadn’t mentioned anything about that, but everyone on staff assumed he would be going out there with an archeological dig underway on coop property.

Before much longer, Gil told Connie he was heading out to the branch elevator and started out in his pickup. He had the radio tuned to a news-talk station out of Mason City.

“In area news,” the announcer said, “a planned protest at the Northern Star Farmers Cooperative grain elevator in Pottawatomie over possible desecration of a Native American burial site is planned for tomorrow morning. Protesters say the event will be peaceful, but Sheriff Bob Johnson has said his deputies will be monitoring the event to make sure things remain under control. Congressman Ashton Carson from South Dakota, who has been a strong supporter of Native American issues in Washington, is expected to address the protesters.”

Great, Gil thought. That ought to bring out a big crowd of gawkers who otherwise would never set foot in that little village, even if they were local to the county.

He switched the radio to a National Public Radio station out of Fort Dodge, then to a big clear channel 50,000-watt station out of Des Moines. More of the same. He wondered if there would be TV news crews covering the expected circus.

Gil arrived at the elevator and pulled up next to the dig site where Professor Elwood Connelly and his students were busy at work. Gil noted that Chris Aschermann, the location manager, had set up some snow fencing around the excavation, marked with the Iowa State Cyclones logo. The coop had purchased some a few years ago from the university as part of a fundraising project. Gil wondered about how a “Hawkeye” crew from the other big university in the state felt about working under the Big 12 school’s logo.

“Pretty good,” Elwood replied from down in the hole. “We’re making good progress, and I think we’ll have the bones packed up for transfer back to the university for testing by the end of the day. You never know what might happen with the weather around here.”

“Yeah. It’s probably best if you and your students make yourself scarce between now and then,” Gil said. “Everyone says it’s going to be peaceful, but you never know,” Gil told them. “Emotions can run pretty high, I understand.”

“Yeah, I hear you,” Elwood said. “Late yesterday afternoon, I sent my two graduate students for a drive up by the state park where all the protesters are staying. I figured they could do a better job mingling than I could, and Maury is half Ojibwa himself. When they came back, we met up at the hotel, and he had an odd observation. He said very few people at the campground looked like Native Americans to him. He spent a few years living on a reservation up in northern Minnesota and says he has a feel for that.”

Gil glanced in the student’s direction. He could make out Maury’s head as he worked in the excavation.

“The dig is okay with him,” Elwood continued. “He knows there is a Native advisory board monitoring us and that everything will be treated with respect. When we got here this morning, he sprinkled some corn meal around the site and said a prayer before we could begin.

“Hey guys, can you come here for a minute?” asked Gil.

The students scrambled up the ladder that had been lowered into the pit and gathered around Gil.

“Hey guys, if we speed things up – remaining careful not to damage any artifacts – how quickly could we be done here?”

The graduate students looked at each other and thought for a minute.

“Well,” Maury said, “we’ve been making better progress than we expected. The ground isn’t too hard with drought or muddy from rain. We could maybe be done in another two hours, then maybe another hour packing up the bones for safe transport.”

“OK, let’s get to it then,” the professor said.

“Thanks, Elwood,” Gil said. “I appreciate that. Would it be all right, after you leave, if I have our contractor send over a guy to take a front end loader and fill in the excavation? I don’t want anyone getting hurt and then turning around and suing us. Or the village or county, for that matter.”

“Sure,” Elwood replied. “Just mark that spot so we can find it again, if we need to come back.”

The three archeologists headed back to the excavation to expedite their work. Gil climbed into his pickup and drove over to the parking lot by the elevator office.

Inside he spotted Location Manager Chris Aschermann. To Gil’s relief he appeared sober and calm.

“Pretty quiet so far,” Chris said. “Markets are down, and there isn’t much grain moving today. I talked to the Harrisons this morning, and it won’t be another week, though, before they start cleaning out their bins to get ready for the next harvest. Most of that will come this way.

“How much longer will those university guys be out there?”

“They’ll be out of here and on their way back to Iowa City in another few hours.”

“Good,” Chris said. “One less thing to worry about.”

“Look, Sheriff Johnson and some of his deputies are meeting with me here this afternoon to go over some things,” Gil told him. “I would like you to sit in on the meeting, so you know in advance what to expect. Whatever you might think of this demonstration tomorrow, we’re not going to leave you to hang.”

“But one other thing,” the general manager added. “I’m going to have Johnny Littlefeather out here, too, for fairly obvious reasons. There is not to be any trouble between the two of you.”

Gil hoped that he did. He went into the facility’s meeting room and set up shop with a cell phone and laptop. He called Ernst & Sons Construction and asked Harold to fill in the excavation site that afternoon. Harold wasn’t very happy about that, since he would have to dig it up again to restart the tank project after the demonstration was over, but as a business owner, he understood the liability issues.

After that, Gil spent the rest of the morning making calls to various cooperative farmer-members, dealing with some issues related to forward contracts and, in general, seeing how planting and emergence were progressing. That often took a while, since some farmers liked to chat. Gil always afforded them the opportunity for some conversation, especially some of the older bachelors who were otherwise alone most of the time.

At noon, Gil walked over to the tavern for a fried baloney sandwich, then returned to the elevator to wait for the sheriff to arrive.

From the November/December 2020 GRAIN JOURNAL

Click HERE to read the other chapters of Norther Star IV