Morocco is the United States' first and only Free Trade Agreement (FTA) partner in Africa and an example of the growth potential possible with a combination of strong trade policy and long-term market development.

The U.S. Grains Council (USGC) and its partners in Morocco marked the 15th anniversary of the U.S.-Morocco FTA entering into force earlier this year.

In the time since, the agreement has created tremendous opportunities for U.S. agriculture by reducing market barriers and stimulating growth in Moroccan industries that import agricultural products from the United States.

Before the agreement, corn imports by Morocco were small, hindered by an import duty on corn reaching as high as 85% at one point.

As a result, the poultry industry was highly fragmented, poultry consumption was low, and dairy and beef sectors struggled to keep up with the demand for milk and beef products.

USGC has been committed to developing the markets in Morocco since 1995 when it first began working to expand the poultry industry through the formation of a producer association, FISA, to represent the poultry and feed value chain.

In the intervening years, the Council partnered with FISA to advocate to the Moroccan government on a host of issues that would allow the industry to grow and develop in a stable and transparent environment. 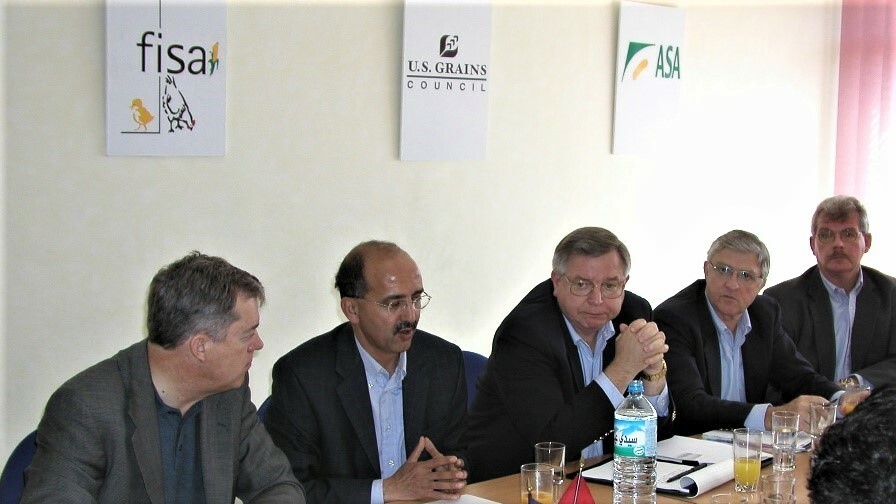 The FTA and the evolution of the poultry and feed industries also allowed the Council to introduce new feed grains to the market beyond a reliance on corn.

Introduction of a variety of feed grains to the Moroccan feed industry has created more depth and flexibility for the Moroccan industry and has benefitted a wider range of U.S. producers.

“The U.S. has free trade agreements with only 20 countries," said Ryan LeGrand, USGC president and CEO.

"These countries traditionally account for 50% of U.S. grains in all forms (GIAF) exports on an annual basis.

"This highlights the importance of these trade agreements and how the Council can build successful programs around the market access that they create.

"Working to defend and expand markets allows the Council to do what it does best — capture short-term opportunities and build long-term demand for U.S. coarse grains and co-products.”

The Council has also worked extensively with the Moroccan beef and dairy sectors over the past 20 years.

Recently, one of the Council’s partners, COPAG, a Moroccan dairy cooperative, imported 1,750 pregnant Holstein heifers from the United States. 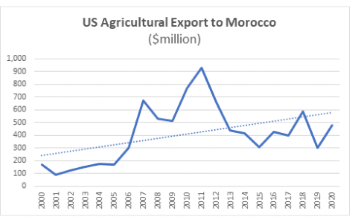 “This example alone shows how investments the Council made 20 years ago continue to pay off for Council members and U.S. agriculture as a whole,” LeGrand said.

Now, 15 years after its implementation, the benefits of the FTA are expected to continue to grow, and the Council continues to take innovative steps to expand the market and increase demand for U.S. grains in Morocco and across the rest of Africa — one example of how the Council lives by its mission of developing markets, enabling trade and improving lives.

Click here to learn more about the Council's work in Morocco.