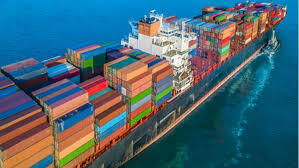 U.S. grain inspections for export went up and down for the week ending April 15 after decreasing the previous week.

Today's Grains Inspected and/or Weighed for Export report by the U.S. Department of Agriculture (USDA) shows soybeans and corn were both down, by 45% and 12%, to 183,986 metric tons and 1.7 million metric tons, respectively.

These changes caused the total grains inspected to decline 3% last week, to 2.6 million metric tons from 2.7 million the week before.

For the full USDA report for April 19, click here.