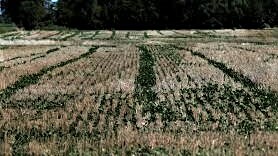 Buenos Aires, AR — Argentina’s stalled soy harvest is set for a boost from a period of expected dry weather, meteorologists and grains analysts said, after recent heavy rains in key farming areas had slowed down farmers gathering in their crops.

Reuters reported that the expected weeks of dry weather should help allay fears of further losses to the important soy harvest in the world’s largest exporter of processed soy meal and oil, which relies heavily on the grain for much-needed foreign currency.

“There will be good weather for at least a week, it may be up to 10 days," said Germán Heinzenknecht, meteorologist at the Applied Climatology Consultant (CCA).

"The rhythm (of the soybean harvest) will rebuild under these conditions,”

Argentina, the world’s top supplier of processed soy, is set to produce 43 million tonnes of the oilseed in the 2020/21 harvest, the Buenos Aires grains exchange estimates, which was knocked earlier in the season due the effects of a drought.

In recent weeks, however, the focus of attention has been on the significant delay in soybean harvesting due to heavy rains in important agricultural areas, which set off alarms regarding potential production losses.

Buenos Aires grains exchange data shows Argentina’s soybean harvest being 18.5% complete, some 38 percentage points behind where it was at the same time a year earlier.

Delays in the grain harvest due to excess humidity - which make it difficult for farmers to work on the fields - are a threat since there is a risk that the soybeans will sprout in the pods, which translates into a loss of harvestable area.