India Again Accelerates Possibility of 20% Ethanol Blend in Gasoline, This Time to 2023 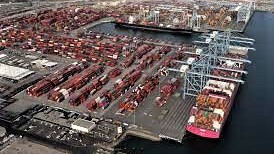 Reuters reports that India's government will bring forward to 2023 from 2025 the possibility of fuel companies selling gasoline containing up to 20% of ethanol (E20), according to brokers and a publication in the country's official gazette June 2.

This is the second time India's government has moved up sales of the E20 fuel, which originally would not have happened until 2030, as the country seeks to cut its oil import bill and reduce carbon dioxide pollution in cities.

"The central government hereby directs that the oil companies shall sell ethanol blended petrol with percentage of ethanol up to 20% as per the Bureau of Indian Standards specifications, in the whole of the states and union territories," the publication said.

India's move toward higher production and use of ethanol is expected to cut the country's exportable surplus of sugar, potentially leading to higher international prices for the sweetener.

Most of the additional ethanol production in the country will come from sugar cane processing, so less cane will likely be used to make sugar.

Wednesday's publication comes after changes earlier this week by the government on rules for companies to set up standalone ethanol production units, aiming to facilitate those projects.

Large volumes of E20 by 2023, however, will depend on how quick car manufacturers can adapt, since it will require new engine specifications.

Ethanol Industry Bounces Back in Time For Summer Travel Season