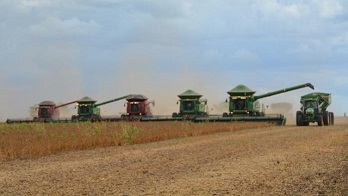 Grain exports from Argentina were likely to be affected by a seven-hour strike by customs officers today as the officials press for priority access to COVID-19 vaccinations, the port manager said on Monday, according to a Reuters report.

Tugboat captains similarly walked off the job last month to pressure the government into giving them vaccines, as the country absorbs a second wave of infections at the height of soy and corn harvesting season.

Argentina is the world’s No. 3 exporter of corn and its top supplier of soymeal livestock feed used to fatten hogs and poultry from Europe to Southeast Asia. The nation also exports wheat, mostly to neighboring Brazil.

Subscribe here for Grain E-News delivered every Thursday to your inbox. 📧