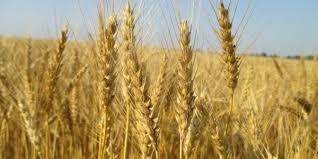 Washington, DC — Both Canada and the United States are forecast to have lower wheat exports in 2021/22, with reduced supplies and higher prices, especially for spring wheat.

The supply situation is constrained by beginning stocks, which are forecast at the lowest in decades, drawn down in part by large exports to China throughout 2020/21.

Production in Canada is forecast lower as a shift toward barley and oilseeds led to reduced wheat plantings.

In addition, yields are forecast lower amid unfavorable weather conditions.

While winter wheat production is up from the prior year, durum and other spring wheats are lower, reflecting favorable returns for other crops and dry conditions in the Northern Plains.

The United States is also starting with much tighter beginning stocks of all wheat, the lowest since 2014/15.

The smaller exportable supplies of durum and spring wheat from Canada and the United States have are likely to underpin high prices this marketing year.

Australia exports are forecast up 13% to 22.0 million as a large crop is expected for the second year since emerging from a multi-year drought.

While Canada and the United States will likely continue to dominate in the Western Hemisphere, Australia has the potential to both solidify and grow market share in Asia, especially in white wheat markets.

Western Australia On Track For Another Record Winter Crop