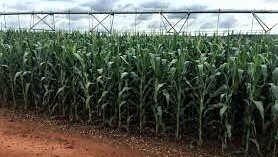 Sao Paulo, BR (Reuters) — Weather-related problems with Brazil’s second corn crop have sparked a spate of companies exiting their contracts on washout clauses, causing what some traders described as potentially the biggest wave of export cancellations for the world’s No. 2 supplier in five years.

According to grain traders and brokers who spoke to Reuters on condition of anonymity, a lot of the corn earmarked for exports is being redirected to the domestic market as premiums are attractive due to shortfalls after the crop was hit by drought and an ill-timed frost.

“It will be really difficult to execute corn contracts,” said a trader at a large U.S. firm.

“After crop failure ... firms are doing washouts when possible.”

In a grains contract, a party can get out of it by paying a settlement amount to a counterparty, a mechanism known as a washout.

A second grain trader at another big U.S. firm said its export program was cut on supply shortage fears, adding the washout wave is comparable to that of 2016, when bad weather also spoiled Brazil’s corn crop.

Meatpackers, which use corn as feed, are eager buyers of the redirected product, brokers said.

Domestic buyers are prepared to pay 90 to 95 reais, hence the washout bout.

The same broker said grain merchants Cargill and Gavilon would not export any corn via the key Paranagua port this year.

Abramilho, a corn farmers association, said there is uncertainty regarding the amount farmers will be able to harvest, hampering sales to traders.

Brazil’s corn exports, in turn, may fall around 15% to 29.5 million tonnes this season, the government said.