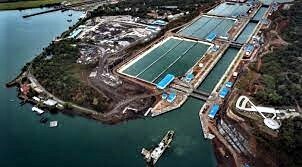 With this increase, 96.8% of the world’s container fleet can now transit the canal, thereby shortening routes and benefiting economies around the world.

The changes in allowable vessel length and draft were made in anticipation of the fifth anniversary of the canal’s expansion, on June 26.

The Panama Canal is an important outlet for containerized grain shipped from the U.S. East and Gulf Coasts destined for China and other Asian countries

This article comes from the U.S. Department of Agriculture's July 29, 2021, Grain Transportation Report.