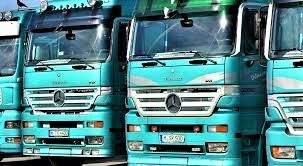 Buenos Aires, AR (Reuters) — Arrival of freshly harvested soybeans and corn has been halted at the Argentine port of Bahia Blanca at the height of export season due to a protest by truckers who have blocked roads to press their demands for better pay, local officials said.

No grain trucks have entered Bahia Blanca terminals since the strike began on Friday(July 30), bogging down operations just as the port was becoming more important due to logistical problems farther north in the country’s main grains hub of Rosario.

“Bahia Blanca has grains stocks, which continue to be loaded, but the flow of exports is at risk because cargo ships are lining up and won’t get filled if trucks are not allowed to enter the port,” said Luis Zubizarreta, head of the local CPPC private ports chamber.

Other industry sources said some Bahia Blanca terminals had already run out of grains.

“There are 40 ships waiting at Bahia Blanca to load 1.2 million tonnes of corn, wheat, and soymeal,” said Gustavo Idigoras, head of the CIARA-CEC chamber of export companies.

Unusually low water levels of the Parana River at the Rosario ports hub in Santa Fe province has cut the amount of cargo that can be loaded onto each ship by 25%.

So ships are increasingly being topped off in the deeper Atlantic port of Bahia Blanca in Buenos Aires province.

This increases logistical costs while pumping up prices that exporters in those two areas are willing to pay farmers for corn and soy, which are harvested in April-August.

The additional trucking has increased logistics costs by 300%, Idigoras said.

“The provincial government must act quickly to guarantee free movement,” he said.

He called the protest and road blocks “extortionate.”

The truck drivers, who are also protesting against new regulations that have outlawed some of their older vehicles, have no official union and could not be reached for comment.

The country is the world’s No. 3 corn exporter and top supplier of soymeal livestock feed used to fatten hogs and poultry from Europe to Southeast Asia.

Argentina’s soy harvest ended in June with the corn crop about 90% brought in so far.

The Parana River is at its lowest level in 80 years due to a drought in Brazil, where the waterway originates.

Rosario usually ships about 80% of Argentine agricultural products bound for other countries.

The sector is Argentina’s main source of export dollars needed to replenish reserves strained by a recession exacerbated by the coronavirus pandemic.

Argentina's Port of Rosario Hit by Another Strike