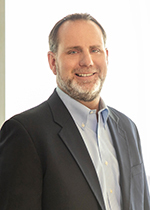 Landus, the largest Iowa-based farm cooperative, is forging a new collaborative business model as a successor to the mergers and acquisitions that have consolidated the agricultural supply and grain industries over the past 60 years.

Called “optimizations,” Landus announced the first of its five optimizations in April. It signed its fifth optimization on July 6, and more might be in the offing, according to Matt Carstens, president and CEO of Landus.

“This new age merger-acquisition model also provides the opportunity to maximize capital investments, infrastructure capacity, and employee talent,” he notes. “It is focused on improving service and competitiveness of participating companies while maintaining their autonomy, local influence, and identity.”

Carstens states that locally-based agricultural cooperatives and independent agribusinesses have served an important role in contributing to farmers’ bottom lines and to the vitality of the rural economy. “This strategy of collaborating with local ag companies is designed to modernize and protect the viability of these vital business offerings and services,” he remarks.

Each of the five optimizations signed by Landus so far has been tailored to the strengths of each of the five agribusinesses. Financial terms have not been disclosed.

Scores of local farm coops have merged or been purchased by other coops or private agricultural businesses over the past 60 years. Landus, which has headquarters in Ames, IA (515-817-2100), became the largest agricultural cooperative in Iowa through consolidation. It was formed in 2016 when West Central Cooperative merged with Farmers Cooperative Co. Both West Central and Farmers Cooperative were formed from the mergers or acquisitions of more than two dozen farm coops and agribusinesses dating back to 1963.

Landus has 7,000 farmer-owners and employs approximately 600 full-time employees at locations in more than 60 communities. Its products and services span agronomy, grain, feed, animal nutrition, and data divisions. It reported annual sales of approximately $1.2 billion during its most recently-completed fiscal year ending Aug. 31, 2020. It has a federally-licensed grain warehouse storage capacity of 159.2 million bushels.

Optimizations also create geographic diversity for the participating companies, when droughts, windstorms like last year’s derecho, and the most recent pandemic strike, all of which impacted the rural economy beginning in March 2020, the time Carstens started at Landus.

All five businesses that have signed optimizations with Landus initiated the deals, Carstens notes. “It all comes back to what are their business challenges, and can optimization fix that?” he remarks. “We look at what we can bring to the optimization to help solve those challenges. Each optimization is different and must be considered as a unique opportunity.”

Carstens said he thinks four to seven optimizations might be an optimal number for Landus. “I feel comfortable with the five optimizations we have now,” he says. “We’ll look at adding more, as long as it’s good for our farmers.” Over the years, some of the collaborative optimizations might move to an acquisition or to a full merger, he adds, if that will benefit Landus’ farmer-owners.

Carstens says he’s been a little surprised that the optimizations appear to have sown some confusion in the farm cooperative community, but he acknowledges that the optimizations are new and different and believes that it probably will take some time to get used to. “We are going to keep doing what’s right for Landus and for our farmer-owners,” he says.

The five agribusinesses that have entered into optimizations with Landus are:

“Collaboration with a company like Landus allows us to continue doing what we do best while growing from our partner’s expertise as well,” said Smith. “This model lets us both share in each other’s strengths; It’s collaboration at its finest.”

• United Farmers Cooperative (UFC), a farmer-owned cooperative with 200 employees that offers a diversified set of products and services to its members in southern Minnesota, became the second agriculture retail company from Minnesota and fourth overall to participate in an optimization, which was announced June 9.

UFC will maintain a separate board of directors, employees, and operations under the terms of the optimization.

“We are in a constant state of change across our industry, and it is partnership opportunities like this that inspire me,” said Mitch Altermatt, CEO and general manager of UFC. “Now more than ever, we need to focus on the growers’ current and future needs, and this ‘local collaboration’ approach is a significant step in the right direction. We look forward to sharing resources and learning from this group of forward thinkers.”

As part of the optimization, Doug Riese, president of Mid State Milling, will maintain his current role while lending his feed operations expertise to the Landus feed team on a part-time basis.

• Snittjer Grain, a privately-owned grain elevator company based in Wellsburg, IA with a 60-year history, became the second company to join the Landus optimization model. In the last year, Snittjer Grain has moved solely into grain handling and is currently expanding by building a second location near Conrad, IA called Wolf Creek Grain Handling.

As part of the optimization, J. R. Kennedy, general manager of Snittjer Grain, will maintain his current role while joining the Landus grain merchandising team on a part-time basis.

• NuWay-K&H Cooperative signed the first optimization with Landus. It has 5,500 farm and non-farm customers in southern Minnesota and northern Iowa and has more than 85 full-time employees and 50 seasonal employees. It supplies agronomy, energy products, and precision ag services and has its main office Clear Lake, IA, its principal place of business in Trimont, MN, and operations based in Welcome, MN.