The announcement was made during inter-ministerial discussions between India’s Minister of Petroleum and Natural Gas Hardeep Singh Puri and U.S. Secretary of Energy Jennifer Granholm.

India continues to be a significant trading partner for the United States with more than 144 million gallons of industrial grade ethanol exports in marketing year 2021.

“This is a first step in building on the strengths of the existing U.S.-India relationship, with an eye on energy transition and cooperation," said Alejandra Danielson Castillo, U.S. Grains Council’s (USGC’s) regional director for South Asia.

"For our members, this is a great opportunity to collaborate and engage with our second-largest market for ethanol exports, with a goal of growing that trading relationship to potentially include fuel grade ethanol.

“The U.S. ethanol industry is ready to support our Indian counterparts in the development and advancement of India’s ethanol roadmap.” 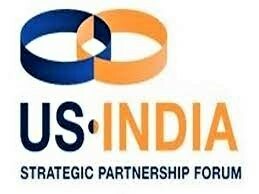 The U.S.-India Strategic Partnership Forum (USISPF) will serve as the secretariat for the task force, and members include Indian and U.S. industry stakeholders, thought leaders in the biofuels and ethanol space, academia, and technical specialists.

The findings of the task force will be reported to the U.S.-India Strategic Clean Energy Partnership (SCEP).

“The adoption of E20 fuel blends is a significant step in reducing India’s GHG emissions.

"It is a proven solution that can be implemented quickly to start addressing the larger climate change goals.

"Some of the other climate change solutions will take decades to implement, but with E20, India will take a leadership role in the use of biofuels,” Shultz said.

The task force will be focused on moving away from fossil fuels use and will assist in expanding biofuels sources while providing a strategic opportunity for India to promote clean energy.

USGC’s experience with ethanol blending will showcase the GHG reductions and climate change benefits that come with clean energy.

“This is great news and an example of being a collaborator with countries to meet their ambitious blend targets,” said Brian Healy, USGC’s director of global ethanol market development.

To match India's proposed level of biofuel production, the nation will need to produce 22% more biofuel by 2030.

Fuel is the primary end-use of ethanol in India, accounting for nearly 50% of the ethanol market in 2020.