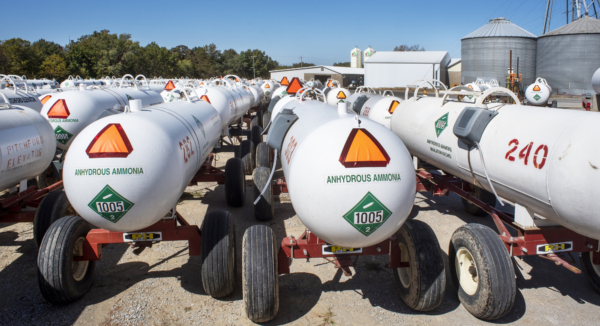 The hastily planned protest at Lions Park, across the street from Northern Star’s branch elevator in Pottawatomie, is underway, with an estimated 250 mostly college students bused in from the Dakotas. Several observers had noted that few, if any, Native Americans were in the crowd, estimated at about 250. After several speakers addressed the group, Congressman Ashton Carter steps up to the podium.

The congressman grabbed the microphone. Gil found himself wondering how the man managed to maintain his blow-dried look, not a hair out of place, in the ever-present prairie breeze. Must take a gallon of hairspray, he decided.

“Greetings, fellow Americans,” Ashton began. “I look out across the park here and see a lot of friends of our first nations here!”

That drew a lot of laughter and a little applause. By this point, almost everyone had figured out that there weren’t very many actual Native Americans present at the rally. From what Gil could see, there was one speaker who had identified herself as one (and who may or may not have been), and there was Johnny Littlefeather. Gil knew Johnny to be a Sioux, and he wasn’t really there to attend the rally.

Ashton continued: “So what brings us such a long way from home? For out natives, all of this was home, including Pottawatomie, Iowa, a name expropriated from a nation that did not even live here!

“And we see that expropriation all over this area. Look at Jefferson High School.” He was referring to a small school district down in the southern part of the county. “They have a bunch of sports teams there, all white boys and girls, and they call themselves the Chiefs. Chiefs of what? Who gave them permission to call themselves that? Not us!”

“As a Native American, I am personally insulted by their 3-8 record in varsity football,” Johnny said to Gil.

“Maybe they should change their name to The Jefferson High School Football Team,” Gil replied.

“I’m just not sure what all of this stuff has to do with us,” Gil said. “Or with bones dug out of our front lawn.”

The congressman was just getting warmed up on the topic of Northern Star, however. “Just look at that grain elevator across the street. It’s sitting there 140 feet tall, a gigantic eyesore on this pristine Iowa landscape.”

“You think that’s an eyesore? Wait until farmers start dumping their corn and beans onto parking lots,” Gil said.

“And do you know what they’re storing in those huge tanks over there?” Ashton continued. “They’re storing corn! And not the kind of corn on the cob you eat at barbecues. No, that’s field corn. It’s not for you or me or poor hungry people across this nation. No, it’s used to feed animals who are tortured their entire lives on factory farms! Those animals are slaughtered in the most inhumane ways possible to provide meat that are ruining our diets, making us obese, and destroying our health.”

“Folks tell me they spotted Mr. Ash chowing down on a nice big steak at Loretta’s a couple of days ago,” Johnny said.

“And worst of all,” the congressman practically shouted into his microphone, “those animals, especially those cattle, are emitting methane into the atmosphere. Methane is a million times more powerful a greenhouse gas than carbon dioxide!”

“I think he may be exaggerating a little bit,” Johnny said.

“So that corn stored across the street by Northern Star Cooperative is used to feed animals that are destroying the planet!”Ashton told his listeners.

“So this is a business that is endangering all life on earth,” he continued. “So if Northern Star is willing to do that, would they even think twice about desecrating a sacred burial ground?”

“You saw what went on,” Gil reminded Sheriff Johnson. “Everything was by the book. We shut down excavation as soon as the bones were found. They’re in safekeeping at the University of Iowa, and the review board that’s overseeing it has representatives from Native tribes. Everything according to state law.”

Ashton Carson was getting really wound up at this point. “I have to ask, why would you put up with the continued existence of these perpetrators of genocide? Do you care about your lives? Do you care about Mother Earth? Then Northern Star Farmers Cooperative needs to be removed from the face of the earth!”

A solid third of the crowd of protesters, mostly those near the street, broke off from the main group and started marching arm in arm toward the Pottawatomie office. Gil was on his cell phone instantly.

“Betsy? Lock all the doors and windows and pull the drapes. Now! You’ve got maybe 100 protestors headed your way, and they look like trouble. Have everyone go to the tornado shelter and wait there. And don’t let anyone in unless its me or Johnny. Got that?”

Betsy acknowledged and hung up. Gil looked up to see that Bob Johnson already was on his radio. A majority of the deputies present were on the move to get between the protesters and the office building.

The protesters saw what was happening and changed course, heading around to the north side of the building in the direction of several dozen parked trailers carrying anhydrous ammonia tanks from the recent spring fertilizer season. Obviously, they were inexperienced at this sort of action, and they didn’t come all the way to Iowa to engage in a street battle with armed and trained sheriff’s deputies.

The media were following right behind the protesters, cameras rolling. Maybe they had visions of Emmy awards dancing in their heads, Gil thought.

Gil was seriously worried about all these untrained people stumbling around among all these tanks filled with pressurized toxic gas. He turned to Johnny to voice his concerns ...

And then he heard the gun shot. A sharp crack. Gil’s military training told him that it wasn’t one of the .38-caliber service revolvers the sheriff’s deputies carry. To Gil, it clearly was a shotgun, the noise that filled practically every woodlot in the county during November deer season. There was only one person around who would carry that type of firearm around the village, and his days with Northern Star were ending.

The crack of the shotgun was followed very quickly by a metallic ping and a faint hiss. Gil and Johnny knew immediately what had happend. The shotgun blast had put a hole in one of the anhydrous tanks.

Out of the corner of his eye, Gil saw the sheriff grab the microphone away from the congressman. “Attention everyone!” he shouted into the mike, having witnessed what had happened. “We have a release of a toxic gas in the area! This is ammonia, and it can injure you or even kill you! Everyone in the park, get back to your buses or your vehicles, right now! I mean immediately! This is an evacuation!”

Gil and Johnny were hightailing it back to the office as quickly as they could move. Gil caught a faint whiff of ammonia already, and Johnny was starting to cough. Gil shouted into his cell phone: “Betsy, let us is as soon as we get there. And make sure all the windows are closed, and break out the N95 masks.”

Gil wasn’t sure how well the N95s would protect against anhydrous ammonia, but they were the best they had for everyone. Those were standard PPE for applying fumigants such as phosphine to stored grain or to check on fumigated grain later. If they could protect against phosphine, a toxic gas used during World War I, Gil figured that could handle ammonia, as well.

Just before they reached the door, Gil saw two young men and a young woman on the ground, writhing in agony. Several deputies were trying to assist the injured protesters. They were wearing what appeared to be gas masks of the sort police used to protect against tear gas. It made sense that the deputies would have some of those here; they probably had tear gas canisters on the ready, as well. Bob Johnson, an ex-Marine, ran a tight ship. Both the fire department and emergency rescue in Pottawatomie were volunteer. Rather than wait for them, the deputies probably would transport the victims to the nearest emergency room, back in Monrovia, themselves.

Betsy Peterson pulled the front door open, then shut and locked it behind them. “Masks on the reception desk,” she said. Gil grabbed two, then immediately headed to Chris Aschermann’s office, which faced out toward the anhydrous tanks. Chris was crouched by a window, shotgun in hand and window shut on top of the barrel.

“What do you think you’re doing!” he shouted at the location manager.

“Protecting the coop,” Chris yelled back, “and everyone in it.”

“With half the sheriff’s department already here? Put that shotgun down before I take it from you and beat you senseless with it!”