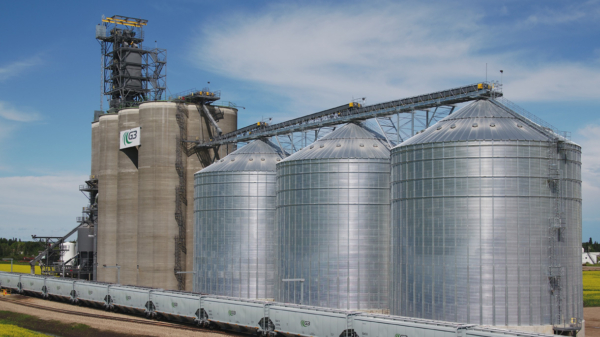 G3 Rycroft, Alberta and G3 Melfort, Saskatchewan will each have a capacity of 42,000 tonnes. Both new facilities will be located on Canadian National Railway.

Both new elevators will be built with the same high-efficiency features as G3’s other new facilities in Western Canada: a loop track that can quickly load a 150-car unit train, the ability to unload a Super-B truck in less than five minutes, excellent road access for area producers and rail links to export markets.

“We are excited to extend our network of high efficiency facilities to the farming communities around Rycroft and Melfort,” says G3 CEO Don Chapman.

“G3 is keeping grain moving to market, and that means more delivery opportunities for our farmer customers, and faster service which saves farmers time and money.”