USDA Weekly Grains Inspected For Export Report (Oct. 4): Inspections Back Up as Harvest Is Underway 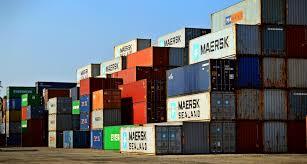 Soybean inspections experienced the biggest bump, according to according to today's Grains Inspected and/or Weighed for Export report by the U.S. Department of Agriculture (USDA), climbing by 359,019 metric tons (74%) week-to-week to 844,488 metric tons.

For the full USDA report for Oct. 4, click here.