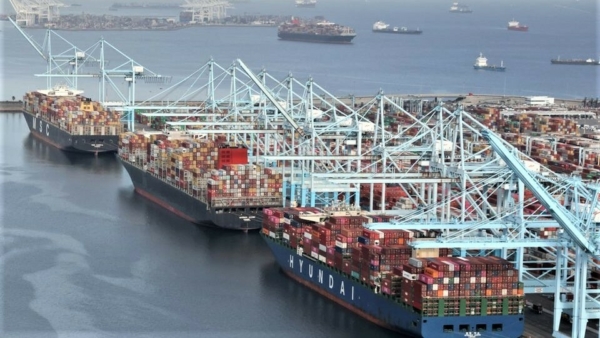 President Biden on Wednesday (Oct 13) announced the Port of Los Angeles would begin operating around the clock, joining Long Beach, which already operates 24/7.

The expanded hours are to help relieve growing backlogs in the busiest U.S. container port complex.

The ports’ efforts will help regain terminal space by clearing import containers and allow more fluid operations for all users.

Several commitments from shippers and retailers to ensure extended port hours will be well-used have been secured.

According to a White House statement, Walmart will increase its container turnover 50% over several weeks by increasing its nighttime operations.

United Parcel Service plans to increase its 24/7 operations, which will allow it to move 20% more containers off the ports.

FedEx will work with its trucking and rail providers to double the number of containers it moves at night.

Samsung said its warehousing operations will be open 24/7 for the next 90 days in a bid to move 60% more containers out of the ports.

This article comes from the U.S. Department of Agriculture's Oct. 14, 2021, Grain Transportation Report.