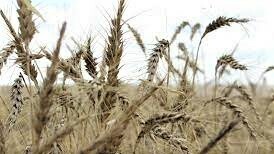 Singapore (Reuters) — Robust demand for Australian wheat is quickly filling up shipping slots as importers book cargoes in advance from typically the world’s fourth-largest exporter ahead of what is expected to be a second year of near record output.

The country’s ports are fully booked right up to the end of December for the crop to be harvested from November onward, one Sydney-based grains broker and two Singapore-based traders told Reuters.

“Even January is pretty much done,” said one of the sources in Singapore who sells wheat to buyers in Asia.

“Buyers are now looking at February and March.”

Australian premium white wheat was quoted at around $370-$375 a tonne, including cost and freight (C&F), to Indonesia for February shipment, up from earlier deals done at around $360 a tonne.

Wheat from the Black Sea region has turned more expensive than the Australian grain at $385 a tonne, C&F, due to rising freight costs, they said.

Australian forecasters last month raised their wheat production targets to 32.6 million tonnes for the season ending June 30, 2022, which would make it second only to last season’s record-breaking harvest of the country’s most valuable crop.

Australian wheat exports in 2021/22 (July-June) are forecast to be around 23 million tonnes, 37% above the 10-year average, according to the Australian Bureau of Agricultural and Resource Economics and Sciences.

Global wheat prices climbed to their highest since 2013 in August on expectations of lower output due to adverse weather in Russia and drought in the United States and Canada.

Benchmark Chicago Board of Trade (CBOT) wheat futures were trading at $7.47 a bushel on Friday, not far from the eight-year high of $7.74-3/4 a bushel reached in August.