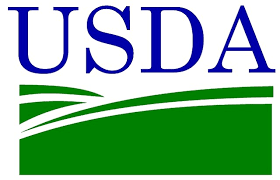 Corn production is forecast at 15.062 billion bushels, up 43 million from last month on a 0.5-bushel increase in yield to a record 177.0 bushels per acre.

Corn used for ethanol is raised 50 million bushels, based on September data from the Grain Crushings and Co-Products Production report and weekly ethanol production data as reported by the Energy Information Administration for the month of October. With use rising slightly more than supply, corn ending stocks are lowered 7 million bushels

The outlook for 2021/22 U.S. wheat this month is for lower supplies, higher domestic use, reduced exports, and slightly higher ending stocks.

Supplies are reduced on lower anticipated imports, down 10 million bushels to 115 million on a continued weak import pace.

Higher anticipated seed use for the 2022/23 crop more than offsets lower expected food use driven by a slower-than-expected pace of flour milling as reported in the quarterly NASS Flour Milling Products report.

The global wheat outlook for 2021/22 is for reduced supplies, slightly higher consumption, increased trade, and lower ending stocks. Supplies are projected down by 1.0 million tons to 1,063.2 million based on decreases in beginning stocks and production.

World production is lowered 0.6 million tons to 775.3 million as decreases in the EU, the UK, and Uzbekistan more than offset an increase for Russia.

The U.S. soybean outlook for 2021/22 is for lower production and exports, and higher ending stocks. Soybean production is forecast at 4.42 billion bushels, down 23 million on lower yields.

Lower yields in Indiana, Iowa, Ohio, and Kansas account for most of the change in production.

Global 2021/22 soybean production is reduced 1.1 million tons to 384.0 million as lower production for the United States and Argentina is partly offset by higher Indian production.