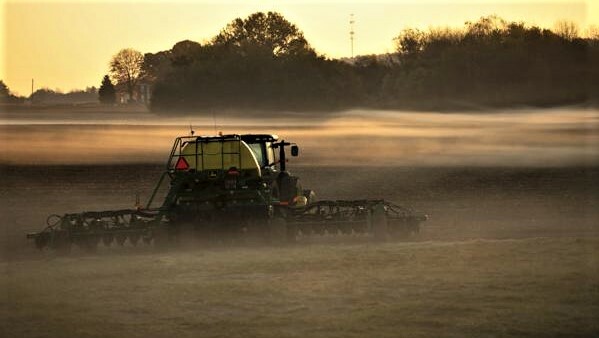 Statewide farm cash receipts this year are projected to exceed $6.7 billion, which would eclipse the $6.5 billion record set in 2014, they said.

The past five-year average has been $5.5 billion.

Kentucky’s net farm income — the amount left after farmers’ expenses — is expected to approach $2.5 billion in 2021, which would be the highest level since 2013, the economists said.

Despite ongoing challenges from the global COVID-19 pandemic, the U.S. farm economy “has not only survived, but has experienced remarkable growth,” said UK ag economist Will Snell.

Kentucky’s farm sector has mirrored those national trends, he said.

Paul Hornback, who raised about 3,000 acres (1,214 hectares) of corn and soybeans in Shelby County, said several factors aligned for a good year on the farm, including lower production costs and favorable weather.

“My yields were the best I’ve ever had, and yields make a lot of difference,” he said.

“And it was a great growing season.”

Hornback, a Republican state senator from Shelbyville, said the improved market conditions are a relief for farmers.

“You hear it all the time, they would much rather have a good market that they can make money at, that they can survive on” rather than getting government payments, he said.

"But sometimes the market forces those things to happen because we’ve got to have a stable food supply.”

Tobacco used to be the king of Kentucky agriculture, but its decline has resulted in a highly diversified farm sector.

Corn and soybeans are tied with poultry as the state’s top agricultural commodities in 2021, with each accounting for 18% of all projected sales, the UK economists said.

The equine industry is close behind at 16%, while the cattle sector is next with 11% of projected sales, they said.

Looking ahead to next year, farmers could face more volatility, the economists said.

“Farm input costs will likely be up double-digit percentages in 2022, with much higher fuel, fertilizer, and feed prices,” Snell said.

“Labor costs and supplies continue to be a concern, not only among farmers but throughout the entire food supply chain and the rest of economy.”