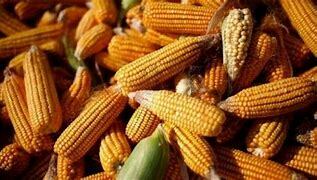 The move comes after Beijing last month proposed an overhaul of regulatory seed rules to pave the way for approval of GMO crops and as top policy makers urged progress in biotech breeding, seen as key to ensuring food security.

The three new corn products include ND207 produced by China National Tree Seed Corp and China Agricultural University, Zheda Ruifeng 8 made by Hangzhou Ruifeng Biotech Co, and DBN3601T from Beijing Dabeinong Biotechnology Co, according to the notice posted on the website of the Ministry of Agriculture and Rural Affairs.

The plan to approve the new corn varieties, along with seven new GMO cotton products, will be open for public comment until Jan. 17, the ministry said.

Dabeinong will work with partners to get ready for the commercialization of the product, and prepare inventories of the variety, Dabeinong Technology said.

The new variety, combining traits from both DBN9501 and DBN9936, will have stronger resistance to a wider range of insects, especially the fall armyworm, according to a statement released on the company's website.

Safety approval is seen as a major step toward commercialization of GMO crops, but it is still unclear when the new products will be ready for a market launch.

Beijing has so far not permitted the planting of GMO soybean or corn varieties, but it allows their import for use in animal feed.

Stu Ellis: When Will China Learn?