Explainer: What's At Stake For The U.S. Biofuel Blending Law In 2022 and Beyond 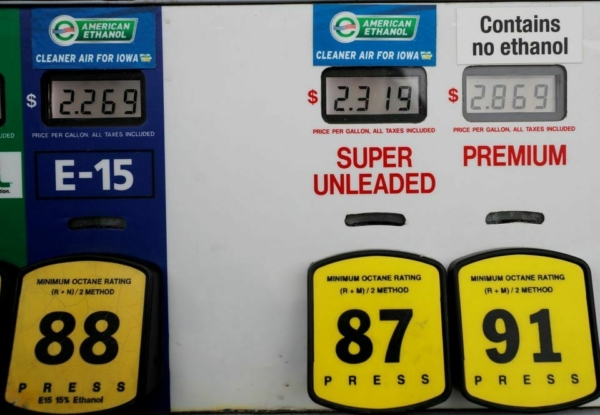 New York, NY (Reuters) — The U.S. biofuel blending program known as the Renewable Fuel Standard (RFS) could see its most transformative year yet in 2022, as the Biden Administration must make decisions to reset statutes that mandate U.S. renewable fuel blending.

The program was designed to mandate certain volumes of renewable fuels to replace or reduce petroleum-based fuels.

Oil refiners, which are required to blend the billions of gallons of biofuels into their fuel mix, say the program is too costly and needs to be reined in, while corn farmers and biofuel producers like the standards, as they have helped to build a multi-billion gallon market for their products.

What Is The RFS?

At the beginning of the program, Congress set yearly volume requirement targets of renewable fuel for the program through 2022.

Currently, the proposed volume requirement for 2022 is about 21 billion gallons.

Refiners that do not blend the biofuels can buy tradeable credits, known as RINs, from those that do to show compliance with the mandates.

Some oil refiners have been exempted from the requirements in previous years because they were able to prove financial harm, by what are known as Small Refinery Exemptions.

The EPA plans to propose requirements beginning in 2023 in May this year, with a final rule to come in December.

Corn farmers and biofuel producers want the EPA to raise required blending volumes of renewable fuels, said Scott Irwin, professor of agricultural and consumer economics at the University of Illinois.

Meanwhile, merchant refiners say the costs of the program are too high and threaten jobs and business at smaller refineries.

"The crude oil refining side wants to give a permanent haircut to the RFS so that basically growth in biofuels would have to be market-driven rather than driven by mandates," Irwin said.

What Will Biden Do?

It's too soon to say how the administration will approach finalizing its proposals.

However, there are several factors that could come into play.

Oil prices and gasoline costs for U.S. motorists rose to multi-year highs last year, and with midterm elections approaching, the administration is wary of hindering production of oil and petroleum-based fuel supplies.

The RFS could be a key tool in this fight going forward, through incentivizing production of renewable fuels.

The White House has to weigh the interests of refining labor unions, farmers, and consumers.

There's also some uncertainty around what exactly the RFS program could include in 2023 and beyond.

What Else Is In Play?

The move could boost the U.S. electric vehicle industry, which only accounts for roughly 2% of the U.S. vehicle fleet.

It's also unclear how the program will incorporate Small Refinery Exemptions going forward.

The EPA recently proposed a rejection of 65 pending applications for the exemptions, but the action is not final.

Some have speculated that the program will be less focused around corn-based ethanol, the most widely used biofuel and a key lobbying force in the industry, and instead around advanced biofuels such as renewable diesel, made from plant oils or animal fats.

"I don't think there's any doubt that the future trajectory is going to be weighted toward advanced biofuels," Irwin said.

"What's going to be interesting to see in the reset is how advanced versus conventional is handled."