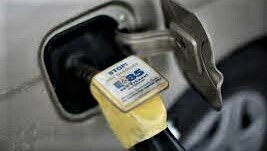 Paris, FR (Reuters) — Consumption of high-ethanol E85 rose 33% in France in 2021 and is expected to continue growing this year as a surge in gasoline prices makes the fuel, mostly made from sugar and grains, more attractive to consumers, producers said today (Jan. 25).

Fuel prices soared around the world last year in the wake of a rise in the cost of crude oil, supported by concerns over tight global supply and an economic recovery.

Although more bioethanol is needed to travel the same distance, the price advantage is significant in France, which made consumers turn to flex-fuel cars — vehicles that can run on petrol, ethanol, or a mix of the two — and flex-fuel kits that allow standard cars to run on high-ethanol fuel.

E85, containing up to 85% ethanol, was sold at an average 0.75 euro per litre (euro/litre) in French petrol stations on Friday (Jan. 21), against 1.70 euro/litre for unleaded SP95-E10, the most-used gasoline in the country, government data showed.

The number of flex-fuel kits installed in 2021 doubled from the previous year to 30,000, while the number of gas stations selling E85 in France rose 18% to 2,725, representing about 30% of the total network, ethanol industry group SNPAA told reporters.

Total ethanol sales are expected to rise at least 20% this year, boosted notably by E85, SNPAA Secretary General Sylvain Demoures said, confirming forecasts given to Reuters at the end of last year.