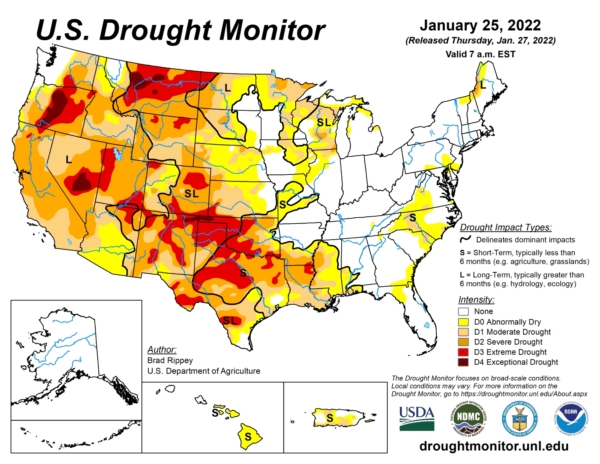 Dry conditions prevailed across most of the country last week, especially in California and the parched southern Plains, where 71 percent of Texas’ winter wheat was rated in very poor to poor condition.

Meanwhile, periods of mostly light precipitation occurred from the Pacific Northwest to the Great Lakes States, according to today's Drought Monitor report of the U.S. Department of Agriculture (USDA).

By contrast, a moisture-laden storm system delivered a variety of precipitation, including rain, freezing rain, sleet, and snow, across parts of the South Jan. 21-22.

As the drought-monitoring period ended early Jan. 25, some snow developed on the northern and central High Plains, while rain returned along and near the Gulf Coast.

For the full USDA report for Jan. 27, click here.