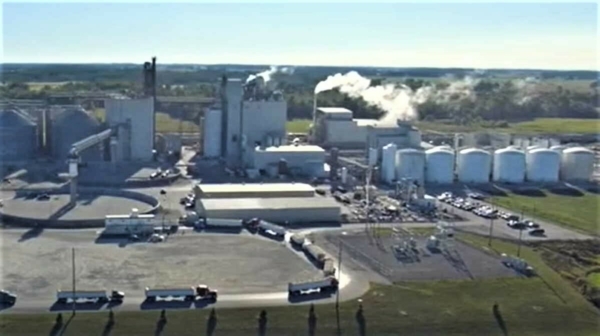 Chicago, IL (Reuters) — Louis Dreyfus Company (LDC) said today (Feb. 16) a fire had broken out at its Claypool, IN, soybean processing and biodiesel plant on Tuesday and the affected systems had been suspended.

No employees were injured, and the fire was put out by 9:15 p.m. central time on Tuesday (Feb. 15), LDC said in a statement.

Smoke had been detected in a baghouse, used for filtering dust, at approximately 8 p.m., LDC said.

Claypool is the largest fully integrated soybean processing and biodiesel plant in the United States, according to LDC.

The suspension of deliveries could slow production of soymeal and biodiesel at a time of high demand.

Maintenance shutdowns at plants in Iowa and Minnesota in recent months have contributed to soaring prices for the animal feed and biofuel.

The Claypool plant has capacity to crush 175,000 bushels of soybeans a day and has been running 92% of that as actual crush capacity recently, according to an industry source.

The cause of the fire and the amount of damage were "undetermined" as of late this morning, said Rick Hurley, chief of the Claypool Volunteer Fire Department.

The fire spread to the roof of the facility, but maintenance crews were able to access the site Tuesday night, Hurley said.

"It probably looked and sounded worse than what it actually was," Hurley said.

Chicago Board of Trade soymeal futures rallied to a 7-1/2 year high last week.

Cash soymeal basis offers in Illinois and Indiana rail markets rose about $3 per ton because of the fire, one broker said.