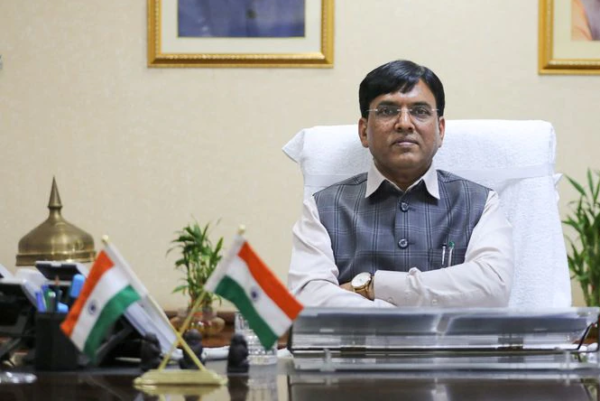 New Delhi, IN (Reuters) — India is boosting fertilizer imports from nations including Canada and Israel to ensure sufficient supplies for the coming summer sowing season after the disruption of shipments caused by Russia's invasion of Ukraine.

India is a leading importer of fertilizers for its huge agriculture sector, which employs about 60% of the country's workforce and accounts for 15% of the $2.7 trillion economy.

"We need about 30 million tonnes of fertilizers, and arrangements are in place," he told Reuters without elaborating.

He said India will have a comfortable opening stock, about a quarter of the overall amount of fertilizers needed for the summer season.

Indian farmers usually start planting crops including rice, cotton, and soybeans with the arrival of monsoon rains in June.

To fertilize the crops, India depends on imports for its entire annual consumption of 4 million to 5 million tonnes of potash and ships in a third of this from Belarus and Russia.

Landlocked Belarus uses ports in Russia and Lithuania for its exports.

Following Russia's invasion of Ukraine, shipping routes have been closed off and western sanctions on Moscow, which has described its actions in Ukraine as a "special military operation," have made it difficult to trade with Russian and Belarusian companies.

It will buy 1.2 million tonnes of potash from Canada, 600,000 tonnes from Israel and 300,000 from Jordan in 2022 to partly replace supply from Russia and Belarus, numerous sources said.

A senior industry official who declined to be named said IPL was trying to ensure that "a substantial amount of shipments" arrive before June to prevent any shortage during the sowing season.

India was close to signing a three-year fertilizer import deal with Russia during Mandaviya's visit to Moscow planned for this month.

The visit was postponed following the Ukraine invasion, which began on Feb. 24.

One of the sources said India may try again to sign the deal "when the situation improves."

Traditionally India has used prices struck in deals with Belarus and Russia as the benchmark for supplies from other countries.

For 2022, Canada has emerged as a price setter, the sources said.

IPL is buying potash from companies in Canada and Israel at $590 per tonne on a delivered basis with six months credit in 2022.

India also relies on Russia and Belarus for complex fertilizers that provide more than one crop nutrient.

To help make up for any lost supplies of nitrogen, phosphate, and potash, Indian companies are also increasing supplies from Saudi Arabia and Morocco, the sources said.