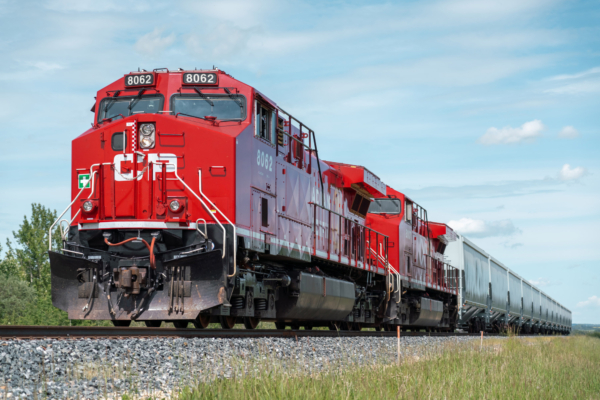 Canada's second-biggest railroad operator notified the Teamsters Canada Rail Conference (TCRC) on Wednesday (March 16) that it would lock out 3,000 engineers, conductors and yard workers early on Sunday, barring a breakthrough in talks on a deal covering pensions, pay and benefits.

"The negotiations are difficult and the parties are far apart," Teamsters Canada said in a statement, adding that discussions were resuming in Calgary late on Friday afternoon in the presence of a mediator.

Canadian Pacific in an emailed statement to Reuters said that in hopes of avoiding a labor disruption, "CP will continue to bargain in good faith with the TCRC leadership to achieve a negotiated settlement or enter binding arbitration."

Thousands of workers at CP threatened to strike this week, potentially disrupting the movement of grain, potash and coal at a time of soaring commodity prices.

The company says the main issue is the union's demand for higher pension caps, while the Teamsters also flag concerns about pay and benefits.

But in the past 12 years, there have been 12 stoppages due to poor weather, blockades or labor issues, according to the Western Canadian Wheat Growers Association.