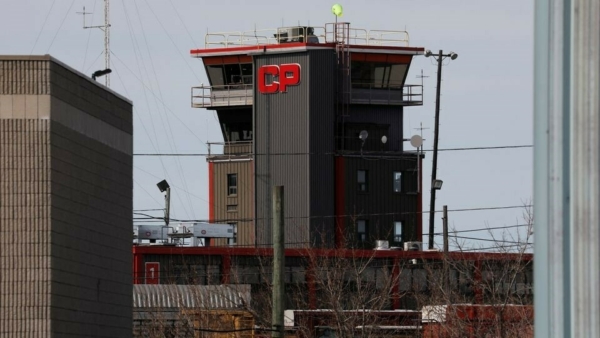 (Reuters) — Canada today (March 21) called for a quick negotiated end to a work stoppage at the country's second-largest railroad, Canadian Pacific Railway Ltd (CP) (CP.TO), that is set to aggravate a shortage of commodities sparked by Russia's invasion of Ukraine.

Fearful of an enduring strike, which began on Sunday, industry groups are calling on the Canadian government to propose back-to-work legislation to swiftly end the dispute.

Canada, the largest country by area after Russia, depends heavily on rail to move commodities like grain and manufactured goods to port, in addition to 75% of all fertilizer in the country, according to an industry group.

The agricultural sector is already facing shortages and higher prices due to Western economic sanctions on Russia and Belarus, two major fertilizer producers.

He said railways have struggled to meet half of the grain industry's weekly demands despite this year's crop being 35% smaller than average and warned the CP strike could take the situation from "terrible to catastrophic."

Federal mediators are involved in the negotiations between CP and the Teamsters Canada Rail Conference (TCRC), which represents the unionized locomotive engineers, among others.

"We have faith in their ability to reach an agreement. Canadians expect them to do that ASAP," Canada's Labor minister, Seamus O'Regan, said.

The work stoppage in Canada could be felt south of the border as CP's rail network runs as far south as Kansas City, MO, in the United States.

Mike Steenhoek, the Iowa-based executive director of the Soy Transportation Coalition, said his concern is that the railroad cannot make fertilizer shipments from Canada into the United States.

"A shutdown in operations at Canadian Pacific will certainly compound that stress."

Corey Rosenbusch, The Fertilizer Institute (TFI) president and CEO, said the United States imports 86% of its potash from Canada, much of it by rail.

Fertilizer Canada's president and CEO, Karen Proud, said timing is key since "we are 4-6 weeks away from seeding in Canada and even sooner in the U.S."

The CP strike is the latest blow to Canada's battered supply chain, which last year weathered floods in British Columbia that suspended access to the country's biggest port.

The Mining Association of Canada said the work stoppages such as CP's bring extra operational costs to businesses and "reduce confidence in Canada" as a destination for investment for supply-chain reliant businesses."