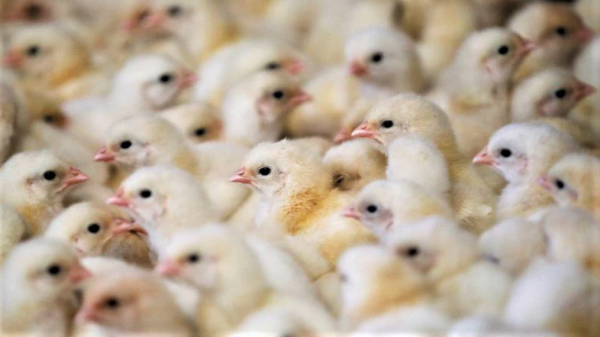 The spread of bird flu has raised concern among governments and the poultry industry due to the ravages it can cause to flocks, potential trade restrictions, and a risk of human transmission.

The virus, brought by wild birds migrating in the autumn, hit all countries in the 27-member European Union (EU) except Malta and Cyprus, with Italy suffering the most severe damage.

Outbreaks had nearly ended in virtually all of them by the end of March, data from the World Organization for Animal Health (OIE) showed, as they usually do in spring.

After a first wave led to the culling of around 4 million birds in the southwestern part of the country, France has been facing outbreaks believed to have been brought by wild birds on their way back, the first time this has happened in a significant way.

The H5N1 virus has spread rapidly in the Pays de la Loire region since last month and hit Brittany mid-March, farther up the Atlantic coast.

By March 31, 12.1 million birds had been culled in France since the first outbreak on Nov. 26, the farm ministry told Reuters, making it the most severe bird flu crisis ever in the country.

Some 1,112 outbreaks had been recorded in the country.

The United States is also facing its worst bird flu crisis since 2015 when nearly 50 million birds were killed.

The crisis comes as farmers are already facing soaring feed prices linked to the Russian invasion of Ukraine, a key grain exporter, and supply-chain problems.

Grains are the main ingredient used in poultry diets.

"This situation is dramatic for farmers and will lead to a reduction in slaughtering activity or even the temporary shutdown of certain sites," France's LDC (LOUP.PA), the EU's largest poultry producer, said.

However, companies will compensate part of the volume by increasing output at other sites, he said.

Shoppers might find some poultry in short supply, like turkey due to the time it takes to rear, but supplies won't be entirely wiped out, Huttepain said.