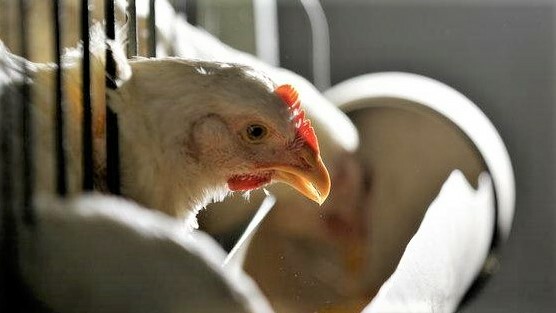 (Reuters) — More than 22 million commercially raised U.S. chickens and turkeys have been killed since February due to outbreaks of a highly lethal type of bird flu, U.S. Department of Agriculture (USDA) data shows.

Flocks are culled after the disease is detected to prevent it from spreading, and importing countries including Mexico, China, and Korea have imposed state-specific import restrictions in response.

The bird flu outbreak is the worst since 2015, when nearly 50 million birds, mostly turkeys and egg-laying chickens in the U.S. Midwest, were killed.

It comes at a time when food prices are skyrocketing due to labor shortages, supply-chain problems, and the Russian invasion of Ukraine, a key wheat and corn exporter.

Widespread outbreaks of bird flu in poultry could reduce demand for crops used for feed.

Below are outbreaks in commercial poultry flocks reported by the USDA:

TEXAS: The USDA said a commercial flock with 1,600 pheasants in Erath County, TX, was infected on April 3.

IOWA: More than 13 million chickens and turkeys have been wiped out in Iowa, the country's biggest egg-producing state, the state's agriculture department said.

Two flocks that each had more than 5 million egg-laying chickens have been infected, including one confirmed on March 31.

NORTH DAKOTA: Bird flu was detected on April 3 in a flock of 86,000 turkeys, the USDA said.

SOUTH DAKOTA: More than 20 poultry flocks with a total of more than 1 million birds, mostly turkeys, have been killed, USDA data shows.

NORTH CAROLINA: The USDA confirmed that a flock of 32,137 turkeys was infected on March 29 in North Carolina, the country's second-biggest turkey-producing state.

On April 2, the disease was detected in three more flocks, bringing the number of affected birds to about 77,400.

MINNESOTA: Six turkey flocks with more than 400,000 birds have been infected in the country's top turkey-producing state, USDA data shows.

NEBRASKA: Two farms raising broiler chickens for meat have been infected, with a total of nearly 1 million birds killed.

MARYLAND: Four poultry flocks, including egg-laying hens and broiler chickens raised for meat, have been infected, totaling about 1.6 million birds, the USDA said.

WISCONSIN: One commercial flock of about 2.8 million egg-laying chickens was infected.

MISSOURI: The USDA has reported outbreaks in three turkey flocks and one broiler-chicken flock in Missouri, for a total of about 400,000 birds killed.

March brought infections of a farm with 265,000 pullets, or young chickens, and a farm with 156,800 broiler chickens raised for meat.

KENTUCKY: A flock of about 231,398 chickens owned by Tyson Foods Inc (TSN.N) in Kentucky tested positive.

INDIANA: Indiana had outbreaks on six turkey farms, with about 171,733 birds affected, the USDA said.

A Strain of Bird Flu Detected in The U.S. Could Mean Problems For Your Groceries