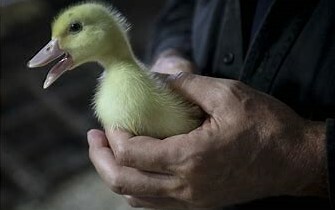 Laboratory testing of a commercial duck flock in Elkhart County has come back as presumptively positive for the virus, the Indiana State Board of Animal Health said.

The duck flock has an estimated 4,000 birds, the agency said.

The animal health board in an announcement Thursday night did not say whether the ducks would be destroyed, as happened with six turkey farms in southern Indiana’s Dubois and Greene counties.

So far this year, there have been cases of bird flu in 24 states affecting chickens and turkeys.

Pending test results should indicate if it is the same strain of the virus that has been found elsewhere and if it is highly pathogenic.

Animal Health Board staff have reached out to known hobby/backyard poultry owners in the area to schedule testing of birds there, it said.

The agency said avian influenza does not present an immediate public health concern, and no human cases of avian influenza viruses have been detected in the United States.