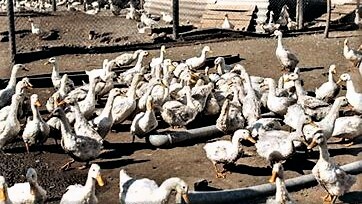 Laboratory testing of a second commercial duck flock in Elkhart County came back as presumptively positive for the virus, the Indiana State Board of Animal Health said.

The duck flock has an estimated 6,000 birds, the Indiana agency said.

The animal health board in an announcement did not say whether the ducks would be destroyed, as happened with six turkey farms in southern Indiana’s Dubois and Greene counties.

The board also did not disclose whether the birds at the first duck farm would be destroyed when it announced the detection of bird flu there last week.