Bird Flu Found in Flock of 1.7 Million Hens in Nebraska 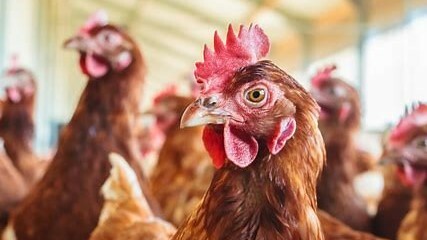 Lincoln, NE (Associated Press) — State and federal agriculture officials have confirmed an outbreak of bird flu in a flock of 1.7 million laying hens in northeast Nebraska.

The Nebraska and U.S. departments of agriculture said the outbreak in Dixon County is the largest outbreak of the highly contagious virus in the state, the Lincoln Journal Star reported.

State Veterinarian Roger Dudley said the farm has been quarantined and the birds will be euthanized.

Post Holdings said in a news release that the farm is owned by its Michael Foods subsidiary, which has several egg farms in the area.

The company said the 1.7 million birds represent about 4% of its total egg-laying supply.

During a bird flu outbreak in 2015, nearly 5 million birds had to be destroyed in Dixon County.

Including the new outbreak, nearly 2.7 million birds have been affected by bird flu in Nebraska this year.

More than 25 million birds nationwide have had to be destroyed because of the disease, which officials say does not pose a threat to humans.