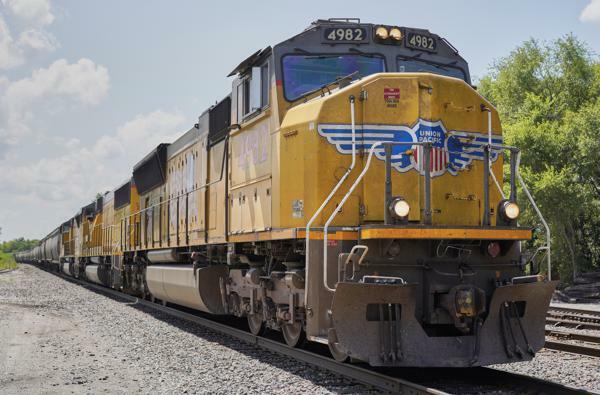 Omaha, NE (Associated Press) — A major fertilizer company says the limits Union Pacific is putting on rail traffic to clear up congestion will delay shipments that farmers need during the spring planting season.

CF Industries said Thursday (April 14) that the railroad ordered it to cut its shipments nearly 20%.

Union Pacific has said it is limiting rail traffic and hiring aggressively as part of a plan to improve service after grain and ethanol shippers complained about shortcomings.

Federal regulators have announced plans to hold a hearing later this month about the service problems along Union Pacific and other major U.S. railroads that have forced some grain mills and ethanol plants to curtail production while waiting on trains and left farmers without a place to sell their crops because grain elevators are having trouble shipping grain.

“The timing of this action by Union Pacific could not come at a worse time for farmers,” said CF Industries CEO Tony Will.

“Not only will fertilizer be delayed by these shipping restrictions, but additional fertilizer needed to complete spring applications may be unable to reach farmers at all.

CF Industries said the limits will affect fertilizer deliveries to Iowa, Illinois, Kansas, Nebraska, Texas, and California from its plants in Louisiana and Iowa.

The company said it believes it is one of just 30 companies Union Pacific imposed restrictions on.

Union Pacific spokeswoman Kristen South said the measures the Omaha, NE-based railroad is taking are designed to address problems in the supply chain that have clogged rail shipments.

The railroad has also brought 100 locomotives out of storage and shifted roughly 80 crew members to high-demand locations.