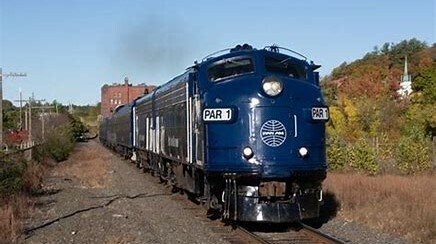 Jacksonville, FLA (Associated Press) — Federal regulators have approved CSX’s purchase of Pan Am Railways, a regional railroad in the northeastern United States that will expand CSX’s network in New England.

The U.S. Surface Transportation Board (STB) said that the deal that was first announced in late 2020 can now be completed.

The deal will expand CSX’s 23-state network into Vermont, New Hampshire, and Maine, while adding to its reach in New York, Connecticut, and Massachusetts.

Edward Jones analyst Jeff Windau said Pan-Am is relatively small compared to CSX, but it is rare for railroads to find an opportunity to expand their networks like this, and the deal will bring some additional volume.

Regulators said the deal should improve Pan-Am’s rail network because CSX has more capital to invest in the tracks, and customers will benefit from being able to ship their goods across the region on a single railroad.

There may also be environmental benefits from the deal because CSX uses newer, more efficient locomotives.

CSX CEO Jim Foote said he looks forward to adding Pan-Am’s employees and serving the industries in the northeast that rely on railroads.

Foote said he’s glad regulators “recognized the significant benefits this transaction will bring to shippers and other New England stakeholders.”

Pan Am, which is based in North Billerica, MA, is expected to become part of Jacksonville, FL-based CSX on June 1.

Before the deal, CSX was already one of the nation’s largest railroads, operating more than 21,000 miles (34,000 kilometers) of track in 23 Eastern states and two Canadian provinces.