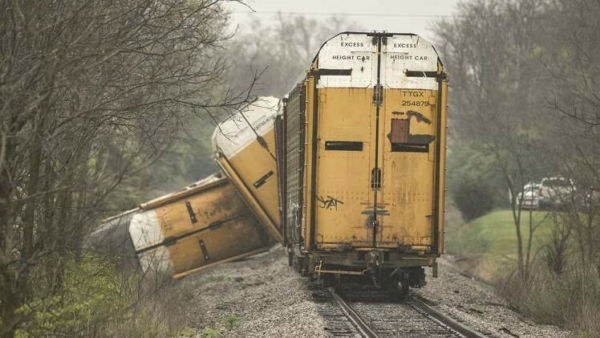 People at a nearby school heard the derailment and called 911, he said.

Of the nine cars that derailed on the train, which was 11,000 feet (3353 meters) in length, two were carrying soybean meal that spilled and had to be cleaned up, Patnoude said.

Patnoude said none of the train’s tanker cars were compromised and nothing toxic spilled in the derailment, which occurred on tracks near a General Motors plant.

He said local officials don’t know what caused the derailment, and the train’s conductor told them he also didn’t know.

Norfolk Southern spokesman Connor Spielmaker said Friday evening that the company had crews on site and contractors en route to right the cars.

He said the company expected to complete that work by Saturday afternoon.