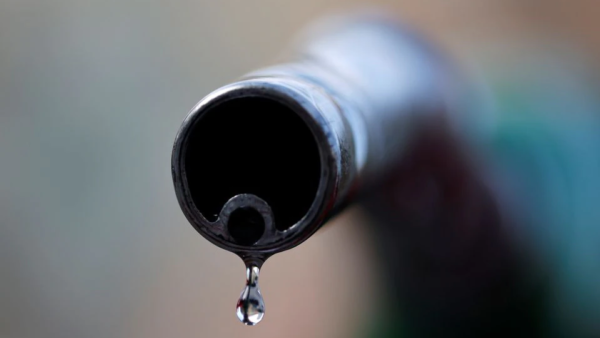 London, BR (Reuters) — Global distillate fuel oil shortages signal the business cycle is peaking and a period of slower growth or even a recession is imminent to bring consumption back in line with production.

Middle distillates including diesel and gas oil are the primary fuel used in manufacturing, shipping, trucking, freight railroads, mining and farming so price and availability corresponds closely with the business cycle.

The post-pandemic economic boom in 2021/22 has exceeded the capacity of refineries to make enough of them and severely depleted inventories across North America, Europe, and Asia:

The resulting shortages and soaring prices show the economy is running into binding capacity constraints and must enter a slower growth phase until more refining capacity can be made available.

Sanctions and boycotts on petroleum exports from Russia, a major exporter of distillates, especially to Europe, are reducing availability even further and intensifying upward pressure on prices.

The rapid resumption of passenger aviation as quarantine restrictions are lifted is also worsening the shortage because jet fuel comes from the same parts of the refining system as diesel.

Shortages are bleeding across into gasoline as refineries adjust their equipment and attempt to boost output of distillates and jet fuel, cutting into their ability to make gasoline.

U.S. gasoline inventories have fallen to just 220 million barrels, which is 12 million barrels (5%) below the pre-pandemic five-year seasonal average and the lowest seasonal level since 2014.

In recent decades, distillate shortages have always been resolved by either a mid-cycle slowdown or an end-of-cycle recession and there is no reason to think this instance will be different.

Rising interest rates around the world, tightening credit conditions, and the impact of inflation on household and business budgets are all likely triggers for a slowdown.

In the United States, the S&P 500 equity index has fallen 7% compared from a year ago, and 15% once inflation is taken into account, as investors anticipate an imminent slowdown in the business cycle.

South Korea’s KOSPI-100 equity index, which correlates closely with the global trade and manufacturing cycle, is down 20% compared with this time last year, pointing to an imminent slowdown.

Distillate traders also seem to be anticipating a slowdown in the business cycle and diesel consumption, with the crack spread for European gas oil over Brent halving to $27 per barrel from $55 at the end of April.

John Kemp is a Reuters market analyst. The views expressed are his own.