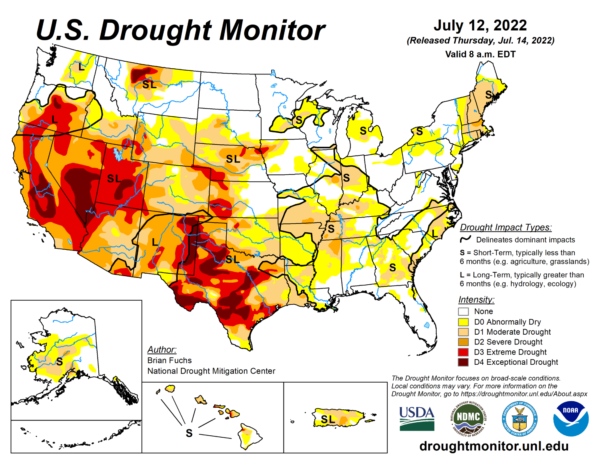 Ample rain over much of the Midwest and Southeast this past week improved conditions for summer crops, such as corn and soybeans entering the reproductive stage.

Some areas recorded more than 5 inches for the week ending July 12, according to today's Drought Monitor report of the U.S. Department of Agriculture (USDA).

But dry weather prevailed, by contrast, in the Northeast, West, and southern Plains, where flash drought conditions were impacting vast portions of Texas, Oklahoma, Arkansas, and into the lower Mississippi River valley.

Monsoonal moisture continued to be spotty over much of Arizona and New Mexico, reaching into portions of west Texas as well as southern Colorado and Utah.

For the full USDA report for July 14, click here.