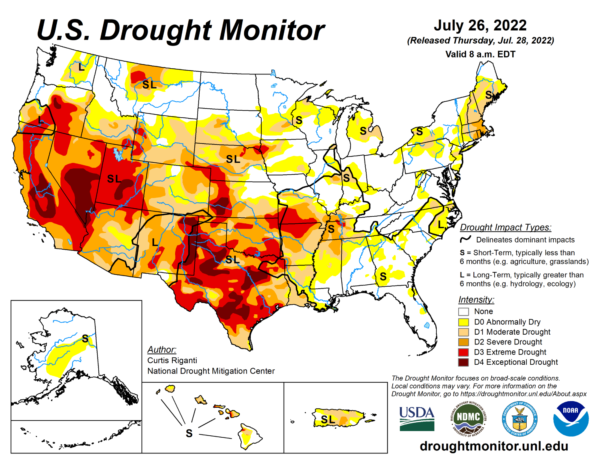 Flash drought continued to intensify last week and cause agricultural problems over parts of the Great Plains, Ozarks, and Mississippi Valley, even as drought persisted across much of the West.

According to today's Drought Monitor report of the U.S. Department of Agriculture (USDA), short-term drought also expanded over parts of the Northeast, where deficits in short-term precipitation and streamflows mounted in some areas.

Conditions locally improved in parts of the Southwest due to an influx of rainfall from the North American Monsoon.

Farther east into the lower Great Plains and Midwest, localized heavy rainfall led to improvements, including severe flooding in the St. Louis Metro area, which previously had been experiencing abnormally dry conditions.

For the full USDA report for July 28, click here.