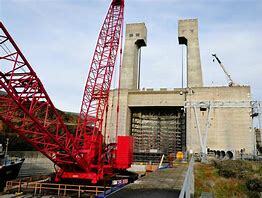 On July 25, technicians of the U.S. Army Corps of Engineers (USACE) closed the John Day Lock and Dam after finding damage to a lower guide wheel.

As a result, traffic has slowed on that portion of the Columbia River, in USACE’s Portland (OR) District.

USACE is working to restore the lock to full service as quickly as possible.

From 2017 to 2020, 23.9 million to 32.8 million tons of grain shipments originated in or moved through the entire Columbia River system annually.

Of that total, 4.4 million to 5.0 million tons originated in or moved through the Portland District.